A creek flowing to the Colorado River turned black. Now the state has sued the alleged polluter. 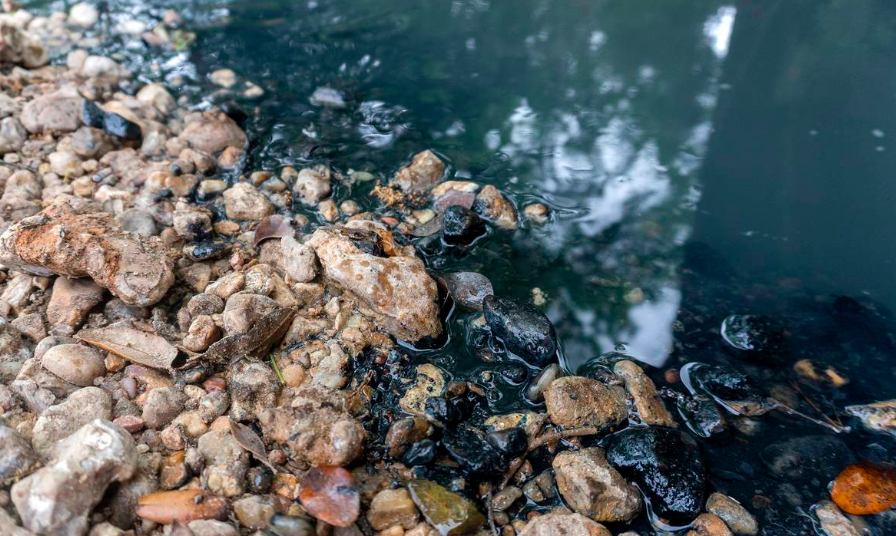 ALTAIR — For more than two months, the waters of Skull Creek have flowed black, its surface covered in an iridescent sheen. Yellowed fish skeletons line the pebbled banks of the Colorado River tributary, and a dizzying chemical odor hangs in the air.
The odor is so strong that Julie Schmidt says she can smell it inside her house.
She and her husband bought 10 acres along the creek in December with visions of an idyllic country upbringing for their children, ages 10 and 2. Now, she isn’t sure they should play outside.
“Last summer, you could go into the creek behind the house and it was crystal clear. You could play in it, you could fish,” said Schmidt, who moved from nearby Garwood and has lived in Colorado County her entire life. “Now you don’t want to touch it. You pick up a rock, turn it upside down, and it’s completely black.”
Read more from Carlos Anchondo with The Texas Tribune here.