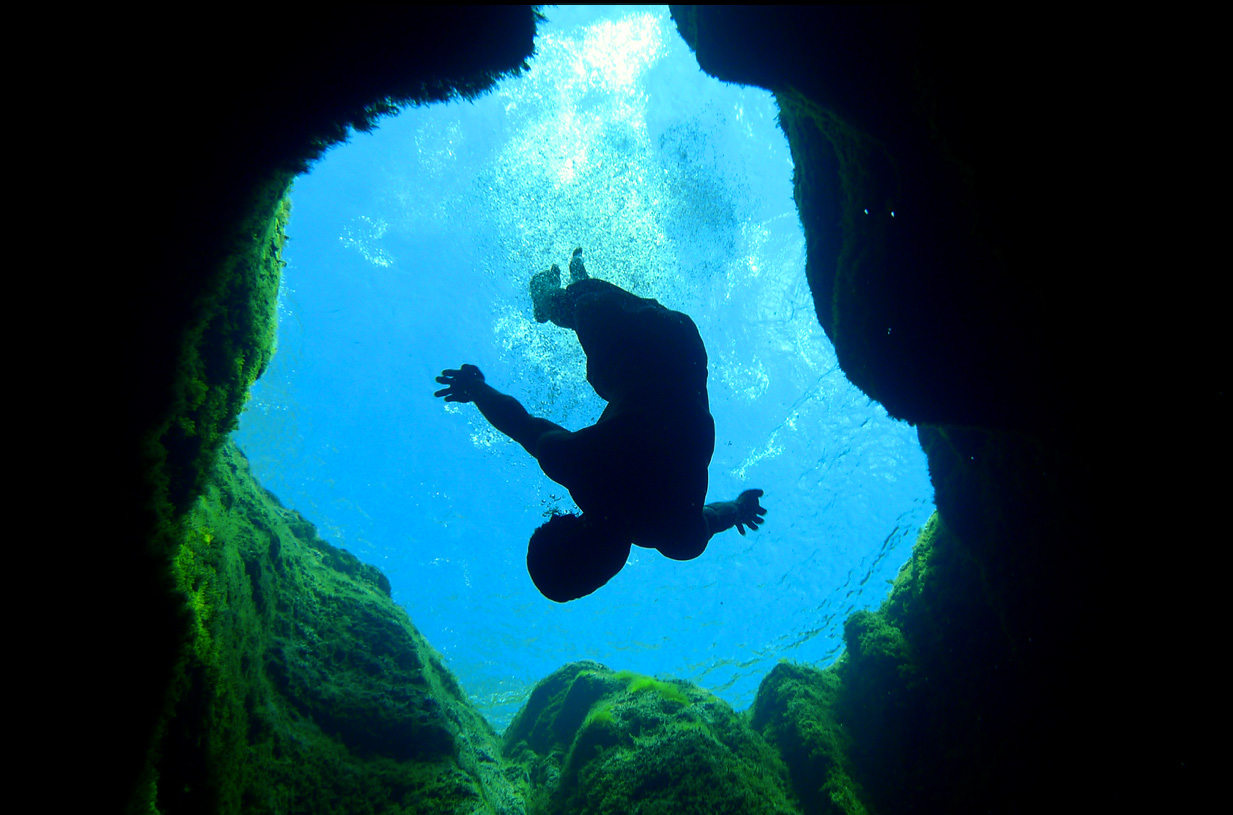 Groundwater – the lifeblood of the Hill Country

Groundwater is one of the most valuable resources in the Hill Country. Our underground aquifers provide water for homes, businesses and agriculture. Groundwater also serves as the reserve supply for future residents, since most aquifers do not recharge as quickly as we deplete them. Our aquifers are a vitally important source of water for the Hill Country’s hidden gems: our springs, small streams and creeks and clear running rivers. However, our groundwater supply is limited and under increasing pressure from a growing population. If this resource is to sustain our communities, future generations and the environmental treasures of the Hill Country, it must be carefully managed.

The Rule of Capture

In Texas, groundwater and surface water are governed separately. Surface water is owned and permitted by the state while groundwater is considered a private property right of a landowner. Governed by the Rule of Capture, commonly referred to as the “law of the biggest pump,” a landowner has absolute ownership of any captured groundwater with no liability for harm caused to neighbors or surrounding ecosystems.

Texas adopted the Rule in 1904, when aquifers and hydrogeology were poorly understood. Around this same time advances in well drilling technology and electricity brought on by the Industrial Revolution in the early 20th Century contributed to the widespread use of groundwater than ever before seen.

In recent decades, a number of legal cases challenging the Rule accompanied by periods of severe droughts has led many state officials and water managers to consider the consequences of unrestricted pumping. In 1949, the Texas Legislature established groundwater conservation districts (GCDs) as the only state entities allowed to regulate and thereby modify the Rule of Capture.

Groundwater Conservation Districts (GCDs) are the only entities in place to protect our groundwater resources. The Texas Legislature, recognizing the need for groundwater management after multiple lawsuits challenging the Rule of Capture, adopted SB1 in YYYY which allowed for the creation of GCDs. Districts are tasked with the development of groundwater management plans, the adoption of rules regulating the spacing and production of wells, and monitoring aquifer conditions.

GCDs are statutorily mandated to balance aquifer protection with the right of landowners to extract groundwater. Ensuring our aquifers remain healthy and resilient given the diversity of seemingly competing interests is no easy endeavor. Learn more about GCD authority and the challenges they face here (Coming soon).

Glancing at the map below one will notice the prevalence of single-county GCDs. Since aquifers don’t follow or abide by political boundaries, a more regional approach to planning was needed. 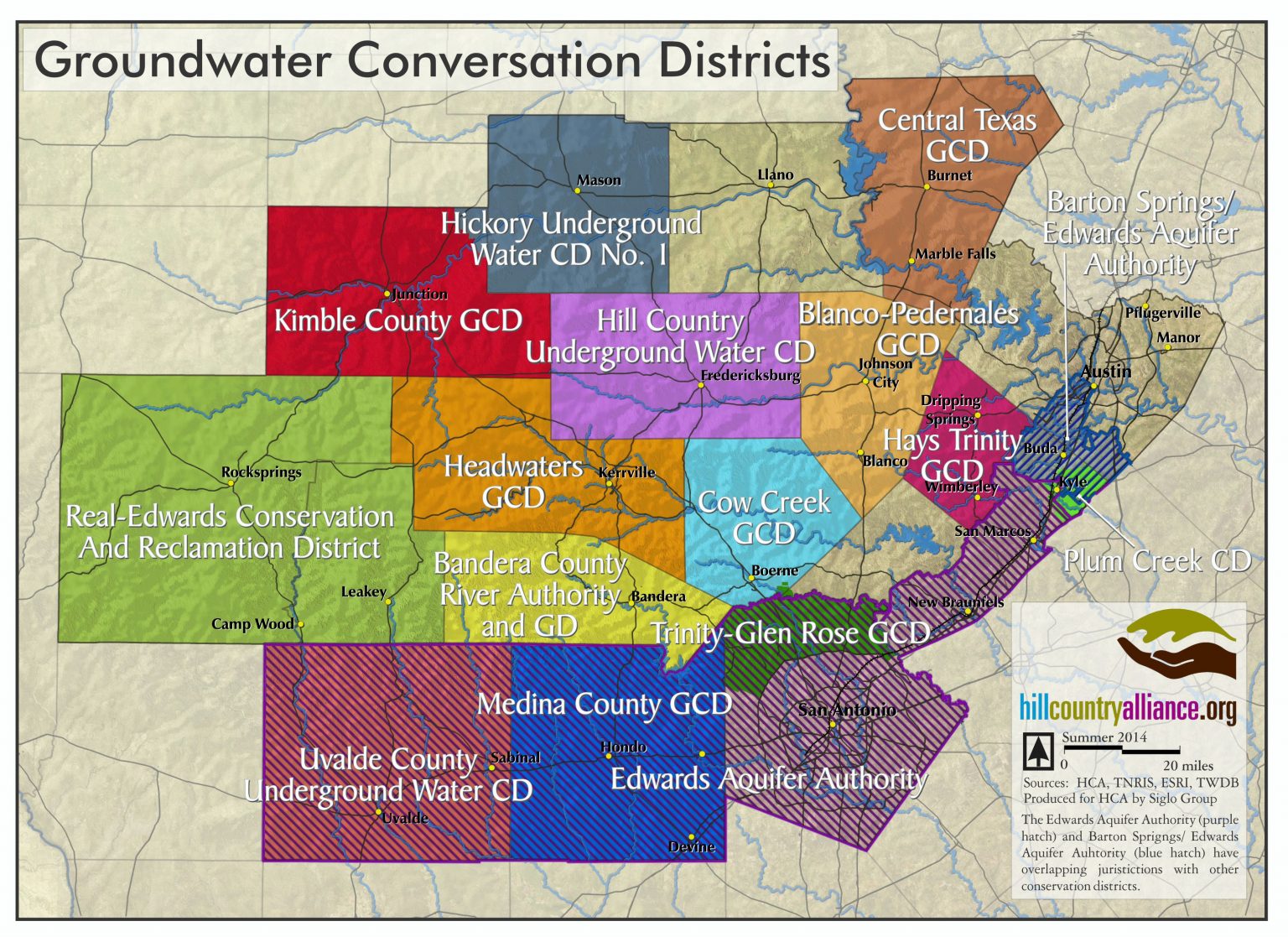 2015 Map: Since publication of this map, two additional districts have been created – the Comal Trinity GCD and the Southwestern Travis County GCD.

Groundwater Management Areas (GMAs) follow the outline of major aquifers better and require GCDs within the boundaries to coordinate and cooperate in regional planning. These GMAs are directed to come up with “desired future conditions” (DFCs) for the aquifers: they must agree upon how much water can and should be pumped now and in the future and how that pumping will affect the future state of the aquifer. Most often, the DFC is an average aquifer draw-down measured in feet. Some GCDs measure their DFCs as specific spring-flow rates. GMAs throughout the state will begin the second round of this process in the Fall of 2015, and the decisions they make will impact future generations.

A complicating factor to groundwater management is that most major aquifers overlap and there are several minor aquifers that are relevant for regional planning as well. For these reasons, some GCDs are in more than one GMA and must participate in multiple distinct regional planning processes. 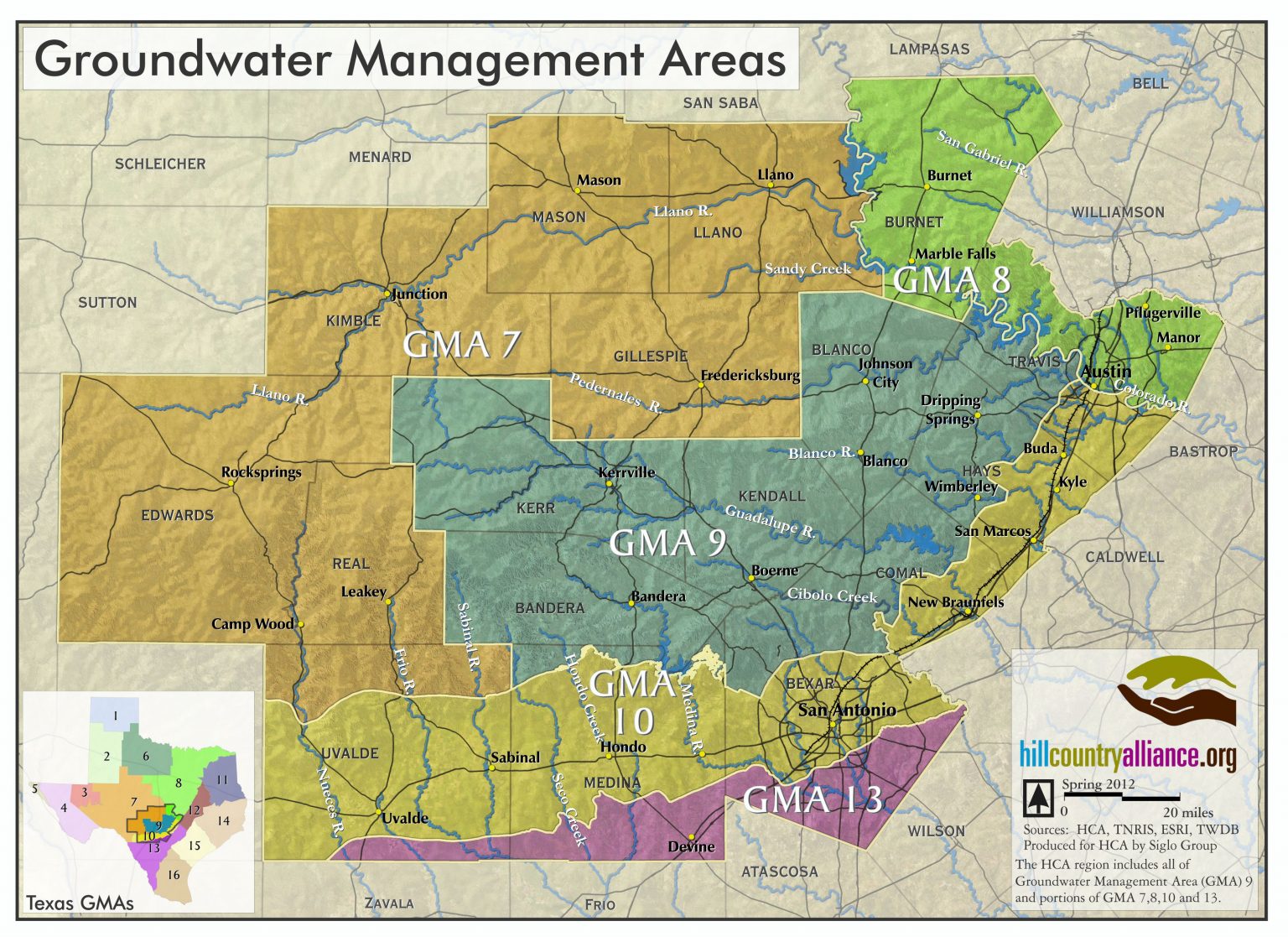 I lived through the golden age of Texas swimming holes. Having spent my youth submerged in chlorinated pools in and around Fort Worth, I moved to Austin in 1973 and discovered Hippie Hollow before it was a county park and Barton Creek before a mining executive...

END_OF_DOCUMENT_TOKEN_TO_BE_REPLACED

Opinion: It’s time for a water session at the Legislature

There are now over 30 million Texans. The state crossed that landmark in mid-2022, gaining the most new residents of any state in the nation, with projections of an additional 25 million people living in Texas by 2050. All that growth is taking its toll on the state’s...

END_OF_DOCUMENT_TOKEN_TO_BE_REPLACED

Texas Water Foundation (TWF) today announced the establishment of the Texas House Water Caucus, a new, bi-partisan collaborative focused on water issues with a starting roster of thirty-eight legislators committed to the cause. As one of the fastest growing states in...

END_OF_DOCUMENT_TOKEN_TO_BE_REPLACED

Waters keep on dropping: As Medina Lake dries up, nearby wells run low, too

When David Cahill’s three wells ran out of water last year, he wasn’t surprised. It had been a long time coming, and he knew eventually he would have to dig another, deeper well on his property. Still, the final price — just under $30,000 — he didn’t expect. Read more...