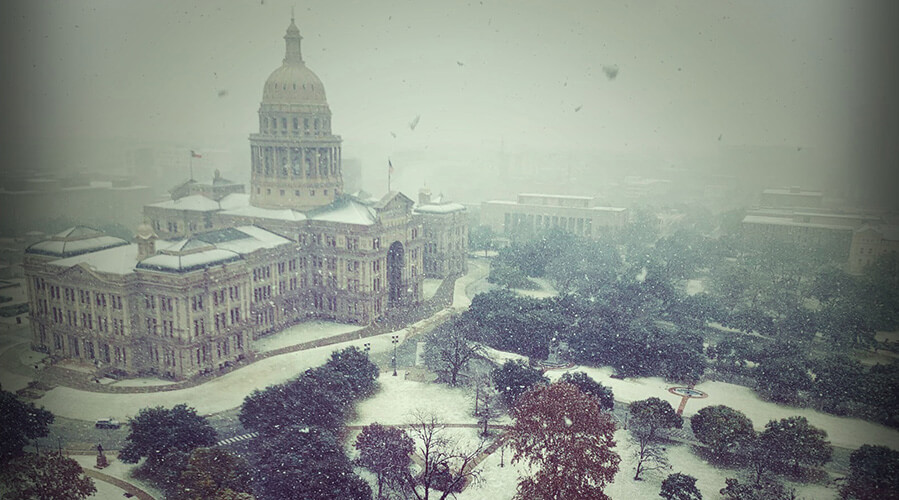 Texas, as the saying goes, has four seasons: drought, flood, blizzard, and twister. This old quip has hit a bit too close to home for Texans this year. We are less than two months removed from a devastating polar vortex that could yet prove to be the costliest disaster in state history. Weeks after enduring some of the coldest temperatures on record, Texans were greeted by an unusually early spring with temperatures creeping close to 100 degrees Farenheit across the state. Meanwhile, despite recent heavy rain almost all of Texas remains in a state of abnormal dryness or drought. And lest we forget, the weather whiplash of early 2021 comes straight on the heels of the most active hurricane season on record.

It’s in the context of these growing weather extremes that the occasion of Earth Day—celebrated worldwide today, April 22—takes on special significance. This year’s theme, Restore our Earth, focuses specifically on climate change, calling on us to protect and restore our ecosystems in the face of a warming planet.