A sinkhole tells the story of the Edwards Aquifer recovery 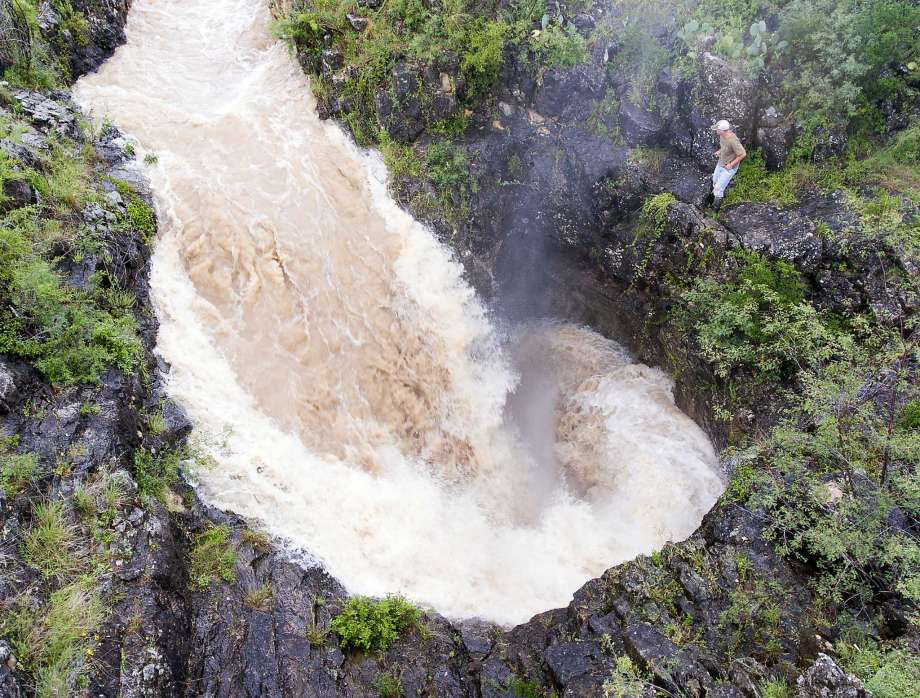 The white Ford Explorer turned right onto the farm road and headed north, as sunlight broke through heavy storm clouds and illuminated the green knobs of the Hill Country on the horizon.
In the driver’s seat sat Jon Cradit, a geologist with the Edwards Aquifer Authority. Jim Boenig, an engineer who serves as director of aquifer protection, rode shotgun.
Their destination Thursday morning was a private ranch two hours west of San Antonio where a torrent of water cascades into a cavern during heavy rains, helping to recharge the Edwards Aquifer.
Thanks to months of above-average rainfall, the Edwards is fuller than it has been since 2010. That’s good news for the 2 million people who rely on the aquifer as their primary drinking water source… Read more from SA Express-News