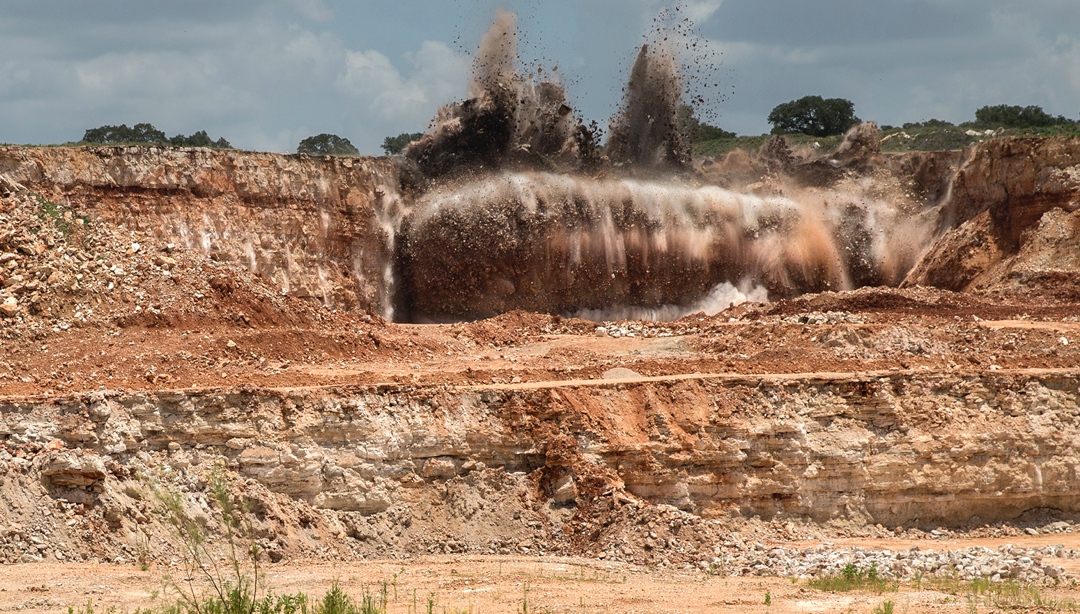 Kevin Baum gazes out from his second-floor porch across his 12-acre slice of Texas Hill Country heaven.
On a cloudy day, he points past live oak trees and a kaleidoscope of wildflowers to Horseshoe Bay 20 miles to the south. When it’s clear, he says, he sees 30 miles farther, past rolling hills in the distance to the edges of Johnson City.
Baum retired in 2005 after more than two decades with the Austin Fire Department, rising from entry-level firefighter to acting chief, and bought this picturesque property he calls Triple Fox Ranch.
“This has always been our big dream,” he says. “You want that scenic view, the sound of the birds, that tranquility and serenity that comes with living out in nature.”
But several times each week, that serenity is violently interrupted. Massive blasts from a nearby quarry send his German shepherds, Bonnie and Clyde, into a barking frenzy. His house shakes so hard that pictures of Baum and his wife, Gwen, crash to the floor. Dust coats their patio furniture, and the former firefighter, who breathed smoke most of his career but never had to take medication, now regularly inhales prescription drugs.
From behind the wheel of his burgundy King Ranch Ford F-350 pickup driving along Texas 281 between Marble Falls and Burnet, Baum points to roaring big rigs hauling tons of crushed rock. They are literally chipping away the piece of heaven he’d dreamed of, he says, turning it into “Quarry Land.”
Read more from Tony Plohetski with the Statesman Investigates section of Austin American-Statesman here.