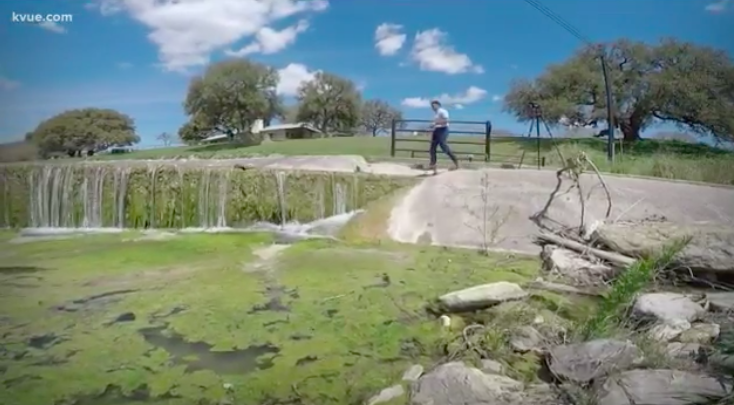 BLANCO, Texas — Homeowners near the Blanco River say there’s an algae problem that’s damaging the quality of the river, and it’s gotten a lot worse in just a few weeks.
“It makes me sick,” said Joe Theriot, owner of The Blanco Settlement Riverfront Lodging. “Once a river or stream is failed in Texas, it’s hard to get it back.”
Theriot’s business consists of 20 RV sites and about 10 cabins. He said it’s upsetting to see the water turn green, being a major blow to his riverfront business.
“We depend on a lot on tourism,” Theriot said. “Looking at the water like this, you don’t even want to get in it to swim.”
Gooey, green algae has taken over a large part of the river, especially downstream.
“Ten days to two weeks ago, we started seeing this trainwreck,” said J. T. Morgan, president of Protect the Blanco.
He believes the City of Blanco is dumping wastewater into the river and it’s causing the algae.
Read more from Juan Rodriguez with KVUE here.