America’s holiday lights can be seen from space 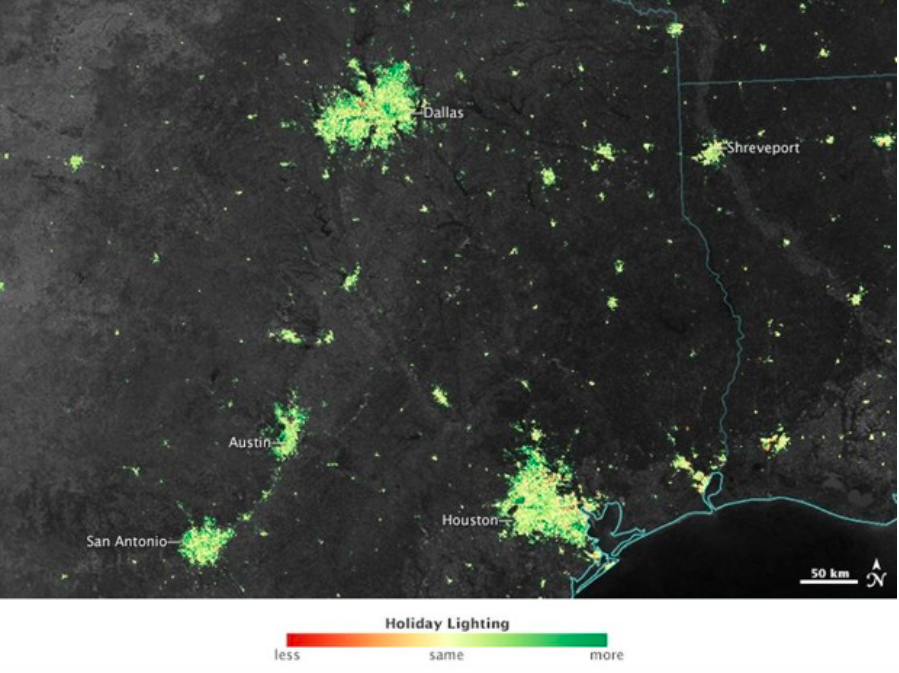 Forget going out to view your neighborhood’s Christmas lights this year: You can do it the 21st-century way, bathed in the pallid glow of a monitor. That’s because NASA has just released a wonderful bunch of satellite images of American cities, gleaming like nebulae with all their candy-colored LEDs, sparkling icicle nets, and illuminated, blow-up Santa Clauses.
Note that NASA’s tech isn’t so advanced it can tell a radiant tree-topper from a porch lamp, but it has measured a seasonal light increase around big cities—a 20 to 50 percent brightness jump during December, compared to other times of the year. The explosion of effulgence is clear in the images above and below, depicting areas where holiday lighting intensified in green (and where it’s remained constant or dimmed in yellow and red, respectively).