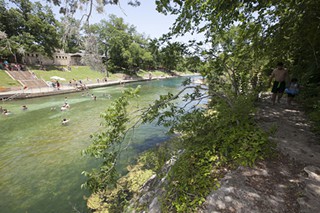 The Trust for Public Land (www.tpl.org) has released its annual “ParkScore” index, and reports that Austin ranks 46th among the 100 largest U.S. cities in ratings for park access, size, and facilities and investment. According to the Trust’s release, Austin’s park system “earned strong scores for park acreage and dog parks, but was hurt by below-average marks for park access.” Austin did move up one spot – from last year’s 47th place – but the change does not reflect “substantive improvements to the local park system.” Read more from the Austin Chronicle