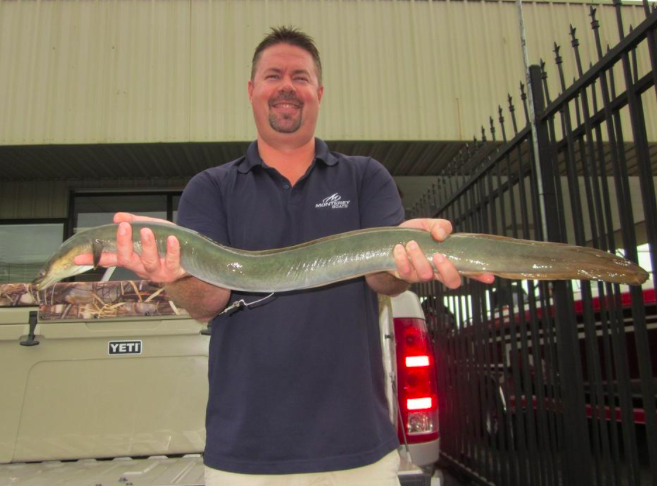 You’ve heard of the endemic salamanders that live in Barton Springs, but did you know that Austin is also home to nocturnal eels?
Swimmers who frequent the springs by moonlight sometimes catch a glimpse of sinuous yellow eels moving slowly through strands of algae and blades of aquatic grass on nightly excursions in search of food. These are American eels, Anguilla rostrata, which plumb the depths of Barton Springs and Lady Bird Lake, hiding in dense vegetation or rocky crags during the day to avoid detection.
The eels have a wide range that extends from the Gulf of Mexico and along the Atlantic Coast all the way up to Canada and even Greenland. This turns out to be especially impressive, because American eels all mate in the same place, regardless of where they live.
Every year, they swim out to sea in one of the greatest and least known migrations on Earth. They swim across currents and gyres, some traveling thousands of miles across the perilous waters of the open ocean, moving up and down the water column in daily cycles that scientists think helps them avoid predators. Some get fished from the water by anglers before they’ve even made it out to sea, and others get snapped up by roving sharks.
Read more from Jerald Pinson with the Austin American-Statesman here.