Axis deer had overrun the Hill Country. The winter storm devastated them. 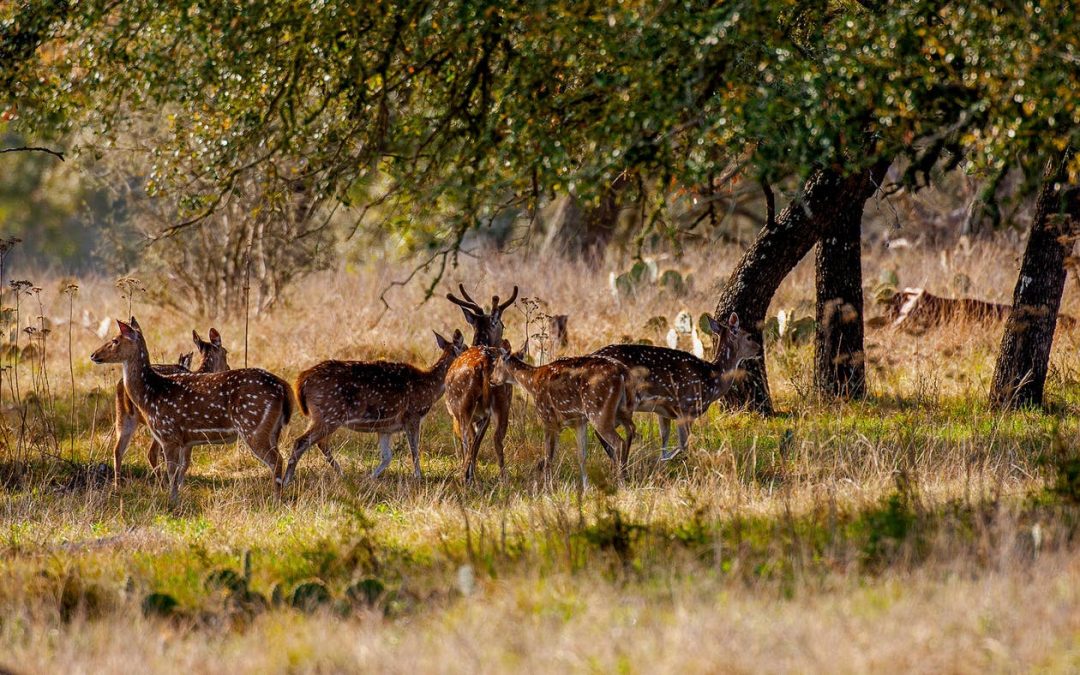 The spotted fawn was leaning against the screen door of Daniel Oppenheimer’s back porch near Luckenbach. Oppenheimer found it when he ventured outside on the first morning of last week’s record freeze. The fawn had died in the night.

Oppenheimer’s power, water, and Internet would not be restored for several days. With little else to do, he wandered the land with his dog. He counted thirteen more deer that week. They died under Ashe juniper trees, in a barn, under a carport, in wide-open fields. All were axis, a white-spotted deer species native to the Indian subcontinent. “It was awful watching these animals fall apart over several days,” said Oppenheimer, who works for the Hill Country Alliance, a conservation group.