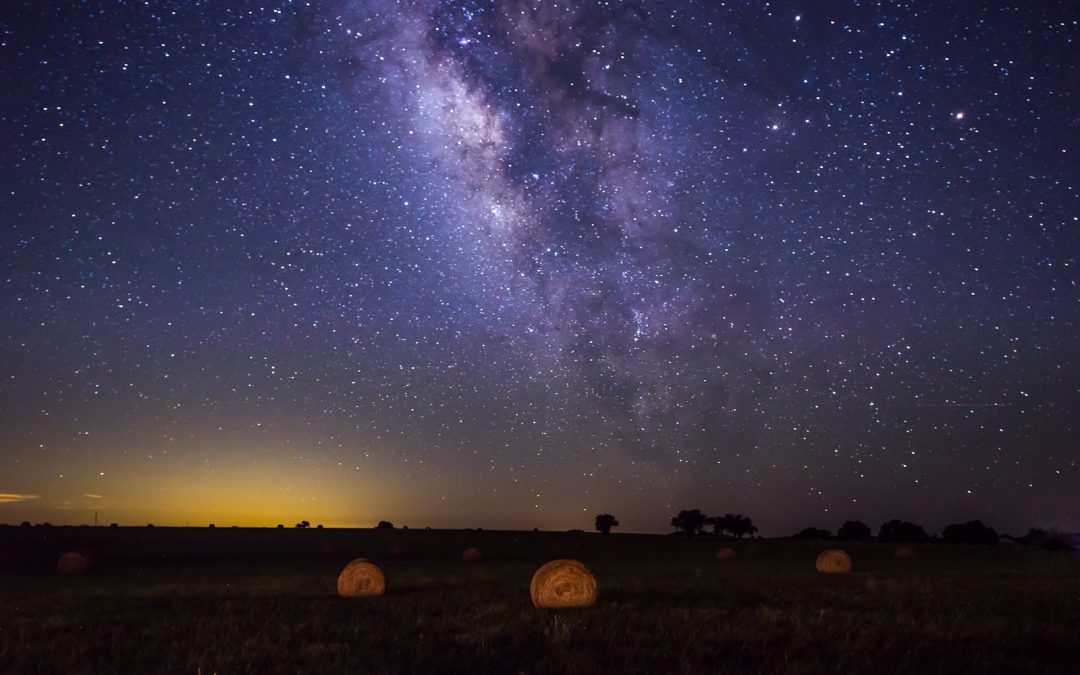 Tony Tucci, BEC |
In the dark field, you can barely see the telescopes and the groups of men and women gathered around them. They are amateur astronomers seeking the secrets of the sky.
Light is their enemy, and they carefully guard against it. Most of them are members of a “dark-sky movement”—a campaign to convince governments and utilities to reduce their ambient light output.
They hold these “star parties” in darkened fields to increase public awareness. Even the light from a flashlight or a car can affect the eye’s ability to see in the dark. Floodlights, street lights and the cumulative glow that hovers above cities add to the problem.
The astronomers know there is no escape from the lights. They can only seek to control them. They campaign for the use of LEDs (light-emitting diodes) to replace existing, more intense lights. They urge that lights be designed so they point downward, limiting their impact on light pollution.
The Hill Country Alliance (HCA) spearheads the campaign. It met recently with Bandera Electric Cooperative (BEC) to share information.
“Our role was an informational one,” said John Rush, manager of BEC’s Transmission and Distribution Operations. BEC has been involved in the dark-sky movement for more than a year. “So when the Hill Country Alliance called for a meeting, we were already familiar with the dark-sky movement,” Rush said.
In 2017, BEC responded to a request from Leakey to install three LEDs to demonstrate different levels of brightness. In 2016, BEC installed 100 outdoor LEDs in Bandera, its headquarters city, and 100 more lights in the surrounding area. BEC has 4,500 lights in its service area and replaces about 200 a year.
Rush said that eventually all of BEC’s lights will be replaced with lights that comply with the dark-sky movement. “As our mercury vapor and high-pressure sodium lights fail, BEC replaces them with LED lights,” he said. In addition, BEC will upgrade any of its members’ outdoor lights for a $75 fee.
The dark-sky movement promotes the use of light fixtures that are shielded to prevent the light from shining upward. Supporters are encouraging governments and utilities to adopt regulations that would reduce light pollution. A number of Hill Country communities have done so.
Barbara Baggett of Keep Utopia Beautiful, a member of HCA, said she noticed the difference in the night sky when she moved from Austin to Utopia several years ago.
“It’s amazing. The stars are so much brighter,” Baggett said. She said Utopia is about to launch a Stars Over Utopia program to educate people about appropriate outdoor lighting
“I am awed by a dark, starry sky,” she said. But it’s not just aesthetics; studies show that light pollution affects the health of both animals and humans.
Nocturnal animals require a certain amount of daytime and nighttime. The rhythm of the human body also is affected if there is not enough darkness.
Baggett said she’s attended a number of star parties where amateur astronomers share their telescopes with others. “You get shamed if you walk in with a flashlight or if your car lights are on,” she said.
“Star parties can be a life-changing experience,” said Cliff Kaplan, program manager for Hill Country Alliance. “The night skies in the Hill Country are beautiful. Barely one in five people can see the Milky Way like we can. That’s a rare pleasure.”
Kaplan said the meeting with BEC helped HCA identify a point person to work with. “Now we’re in touch with John Rush,” he said.
“The meeting was wonderful,” said Baggett. “I am so pleased that BEC is offering lights that comply with the dark-sky movement.”
Rebeca Gibson, a member of the Bandera City Council and a leader in the dark-sky movement, said she is “very impressed” by BEC’s actions.
“Just before the city adopted the (dark-sky) resolution last year, BEC was changing street lights in the city,” she said.
“To me, dark sky is a beneficial and easy effort to support because of the range of benefits. Some aspect of dark skies is bound to resonate with most people, whether it be financial benefits, human and animal health preservation, being a good neighbor or purely the enjoyment of stargazing.”