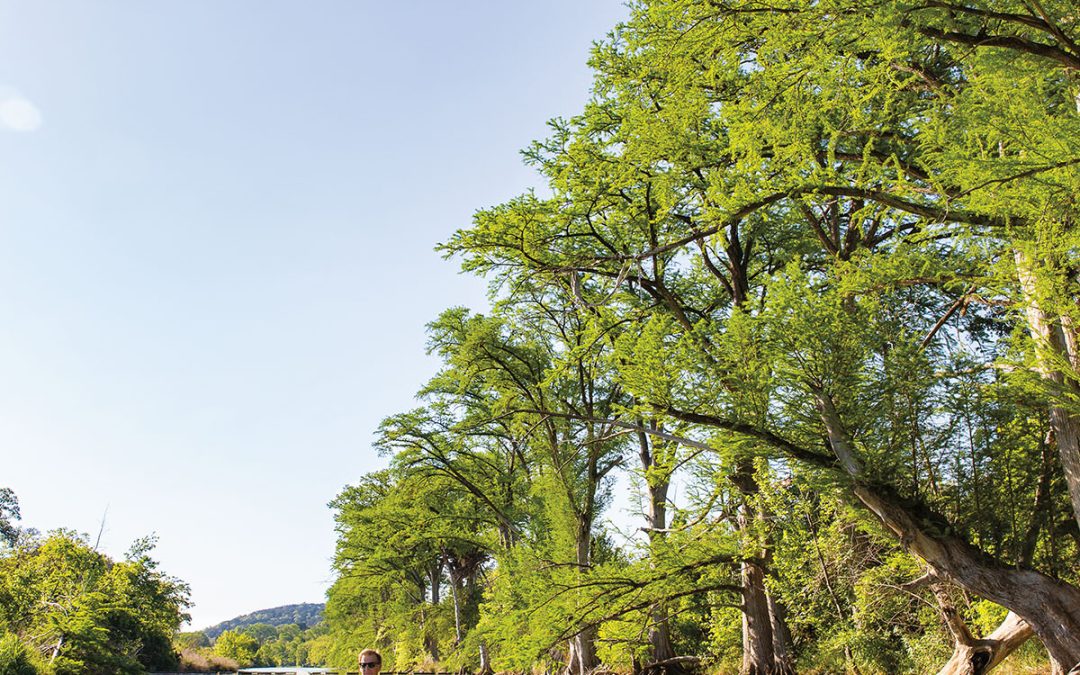 From April through October, I swim in the Blanco. It is one of the greatest pleasures I know. It’s a pleasure I share with growing crowds of both locals and visitors who converge on the river’s cypress-lined banks at places like Blanco State Park in Blanco; Blue Hole Regional Park on Cypress Creek, a tributary of the Blanco in Wimberley; and Five Mile Dam Park, a 34-acre Hays County park at the lower end of the river near San Marcos. On summer weekends, the parks routinely fill to capacity.

The crowds have grown as suburban sprawl has infiltrated Hays County. The county’s population grew nearly 50% from 2010 to 2019, making it the nation’s second fastest-growing county, according to the U.S. Census.

“The Blanco has always been a hidden gem with little access, fiercely hoarded and protected,” says Ryan McGillicuddy, a Texas Parks and Wildlife Department conservation biologist who advises landowners on land management. “But the Hill Country continues to become carved up, and whether landowners like it or not, more people are coming to the river.”