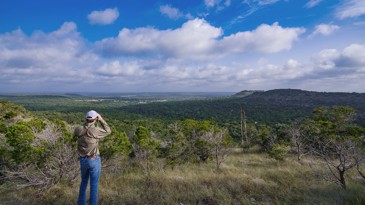 You wouldn’t know it looking at the serene landscape now, but the 2015 Memorial Day weekend flood that devastated Wimberley also dealt a deathblow to the nearby historic Boy Scout camp, El Rancho Cima.
Sweeping away entire structures along the banks of the Blanco River, the flood obliterated a camp that has been owned and operated by the Sam Houston Area Council of the Boy Scouts of America since 1954.
To recoup its losses, the council placed El Rancho Cima on the market in 2016, drawing opposition from local environmental groups and former Scouts who say the sale could bring development to the bucolic area near the iconic Devil’s Backbone ridge… Read more from MyStatesman.com