Can the Monarch Highway Help Save a Butterfly Under Siege? 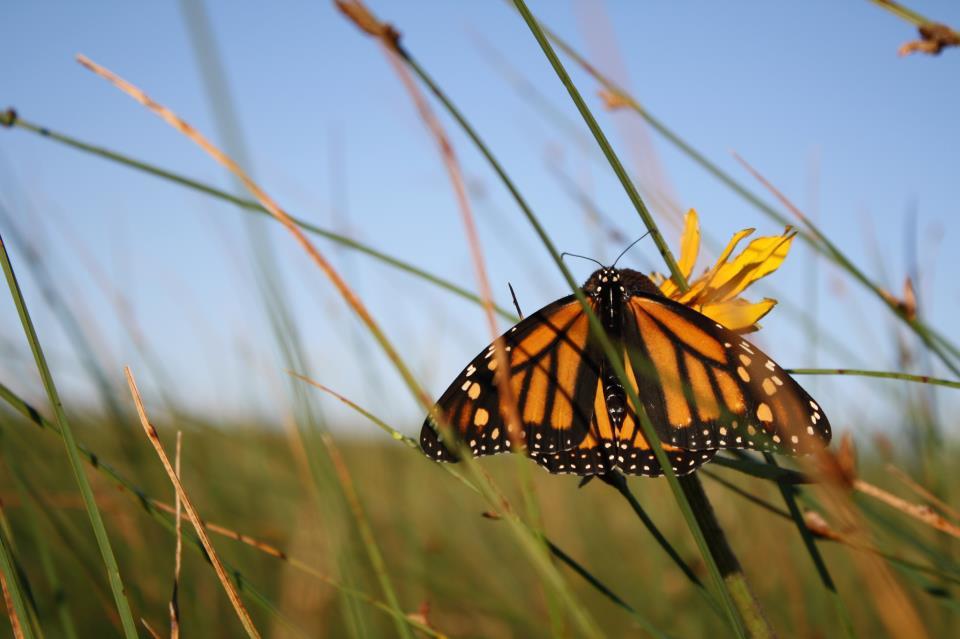 To stanch the losses and safeguard the migration’s future, in 2015 and 2016 a pollinator task force formed at President Obama’s request released reports that detail a major new strategy to rebuild the butterfly’s wintering population, mostly through aggressive habitat restoration in natural areas, along roadways, on utility right-of-ways and farms, and in parks, gardens, and schoolyards throughout a broad swath of land that runs for 100 miles on either side of I-35.
At the center of the plan is the effort to rebrand the interstate as the “Monarch Highway,” creating habitat on the roadway’s verges while employing educational materials such as signs to make motorists aware of the plight facing the monarch and other critical pollinators. In a 2015 white paper, Taylor sketched out a five-year plan for the massive restoration project, including two planting options and projected costs. In one option, two 10×100-foot plots of “plugs,” or small plants, would be installed on each mile of interstate, at a total cost of some $7 million. In the other, one acre per mile of roadway would be restored using seeds, at a total cost estimated anywhere from $2.8 million to $5 million. The plantings would include a variety of species favored by bees, butterflies, and other pollinators, including milkweeds, the only food source for monarch caterpillars. Over time the habitat islands would expand as an annual, late-season mowing dispersed the seeds.  Read more from Yale Environment 360