Cape Town Is 90 Days Away From Running Out of Water 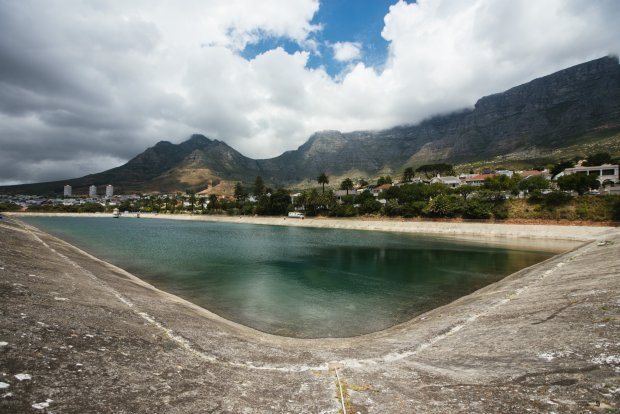 After three years of unprecedented drought, the South African city of Cape Town has less than 90 days worth of water in its reservoirs, putting it on track to be the first major city in the world to run out of water. Unless residents drastically cut down on daily use, warns Cape Town Mayor Patricia De Lille, taps in the seaside metropolis of four million will soon run dry. On April 22, to be exact. Here’s what to know:
The date is just a scare tactic, surely?

Nope. Day Zero, as it is called, is real, and is calculated every week based on current reservoir capacity and daily consumption. On Jan. 8 Mayor De Lille revised the date down from April 29, based on a citywide uptick in daily usage. The city won’t literally run dry; in most cases, reservoirs can’t be drained to the last drop, as silt and debris make the last 10% of a dam’s water unusable. City authorities have decided that once the dams reach 13.5% capacity, municipal water supply will be turned off for all but essential services, like hospitals… Read more from Time.com