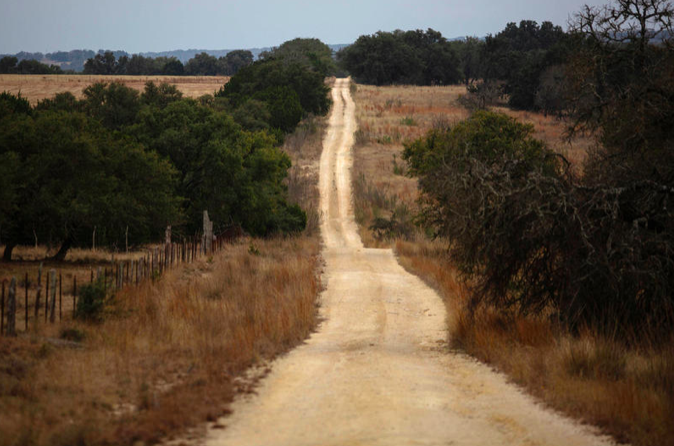 A fight over a pipeline is never only about the pipeline. It’s about the environment, property rights, public safety and a community’s sense of itself. Just such a fight is now brewing in the Texas Hill Country, where company Kinder Morgan plans to lay a part of its 430-mile natural gas Permian Highway Pipeline.
The Houston-based company says the time is right for the project. An unprecedented drilling boom in West Texas means there’s more oil and gas coming out of the ground than companies can ship to market. The pipeline would carry natural gas to the Gulf Coast, where it can be sold domestically or exported.
The quickest way there is through the Hill Country, including places like the Hershey Ranch in Gillespie County.
The ranch, a 1,500-acre spread of rolling hills and weathered terraced fields, is dotted with trees, ponds and structures dating from the 1800s. If the pipeline is built underneath it, Kinder Morgan would also control about a 100-foot-wide swath of land above the pipeline to maintain it.
“It will go right through the heart of the ranch,” says owner Andy Sansom.
Sansom is a well-known conservationist, who once headed up the Texas Parks and Wildlife Department. He’s especially upset about the pipeline because the Hershey Ranch is private conservation land, where no development is supposed to occur. But, he says, his neighbors with more traditional properties don’t want the pipeline either.
“There are few parts of our state that are as iconic as the Hill Country,” he says. “It’s very clear that the people who live out here see this as an assault.”
Read more from Mose Buchele with KUT 90.5 here.