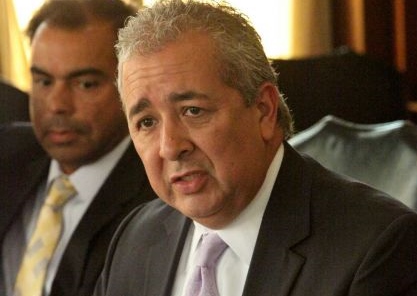 “City has suppressed controversial water report…Report slams pricey water project City has kept it hidden despite coming vote on SAWS rates,”  “Lead writer of water study replaced,”  “Puente: Water policy study a ‘joke’…SAWS boss tears into water policy study” and “Another water report goes missing.” These stories by Brian Chasnoff at the San Antonio Express News, along with the study itself are worth your time.

September 21, 2015
Brian Chasnoff, San Antonio Express-News
Last week, I asked the city to share with me a comprehensive report on San Antonio’s long-term water security that was completed in draft form six months ago. City officials refused to release it.
Now I know why.
On Monday, I got my hands on the 235-page report through alternative channels. Co-authored by researchers at Texas A&M University, it bashes the Vista Ridge water project, a pending $3.4 billion initiative by the city-owned San Antonio Water System.
The report “is designed to review and assess the many factors important in implementing effective water policies,” the executive summary states. “The timing of the analysis for the City of San Antonio (COSA) allows it to be considered as part of the discussion to complete a new comprehensive plan.”
Timing is critical. Next month, the City Council will vote on a new SAWS rate structure, and the pricey Vista Ridge project, a 142-mile pipeline to deliver water from Burleson County, could raise the utility’s rates by as much as 16 percent.
Yet two months after the completion of the most recent draft of the report, city staff still has not provided it to all council members, nor offered even a briefing. Mayor Ivy Taylor’s office, however, has been briefed on the report… Read more from SA Express-News

Lead Writer of Water Study Replaced
September 25, 2015
Brian Chasnoff, San Antonio Express-News
Texas A&M University has replaced the lead writer of a controversial water policy study commissioned, then delayed for months, by the city — a shakeup that could further delay the report as council prepares to vote on increased water rates.
Councilman Ron Nirenberg requested a comprehensive study on San Antonio’s long-term water security more than a year ago.
Calvin Finch, the ousted writer, submitted a second draft in July. But city officials were displeased by “continued inaccuracies, outdated information, and opinionated statements within the draft,” according to Deputy City Manager Peter Zanoni.
Mayor Ivy Taylor has insisted on a lengthy “committee vetting process” for the study.
Finch’s draft is critical of the San Antonio Water System’s Vista Ridge project, a planned $3.4 billion water pipeline from Burleson County that could raise the city-owned utility’s rates by 16 percent.
Roel Lopez, director of the Texas A&M Institute of Renewable Natural Resources, will now take the lead and “reconcile all of the (city’s) requested edits and finalize in a form to be made public,” Nirenberg said… Read more from SA Express-News

September 28, 2015
Brian Chasnoff, San Antonio Express-News
San Antonio Water System CEO Robert Puente dispensed with political correctness Monday in discussing a draft of a water policy study that was leaked to me last week.
“People haven’t taken the time to see what a joke this is,” Puente told the San Antonio Express-News Editorial Board. “This is embarrassing. It’s embarrassing for SAWS, embarrassing for the city, embarrassing for the city of Fair Oaks, embarrassing for Texas A&M, embarrassing for (Councilman) Ron (Nirenberg) … for SAWS to have to talk about this report.”
Last year, Nirenberg asked for a comprehensive study of San Antonio’s long-term water security. The city selected the Texas A&M Institute of Renewable Natural Resources to develop it, and Fair Oaks Ranch agreed to pay for it in exchange for a portion of the city’s extraterritorial jurisdiction.
The IRNR submitted a first draft in May and — after the city and SAWS requested edits — a second draft in July. When the report was leaked last week, city officials still hadn’t made it public nor even briefed the entire City Council on its contents.
The report was suppressed because of “inaccuracies” and “opinionated statements,” according to the city, despite its potential to inform two big decisions by the council: the adoption of a city budget earlier this month and a vote next month on whether residents should pay more for water, in part to pay for SAWS’ $3.4 billion Vista Ridge project, a 142-mile pipeline from Burleson County.

The IRNR report ripped Vista Ridge as a “high-risk” project that could hurt conservation efforts.

Another Water Report Goes Missing
September 30, 2015
Brian Chasnoff, San Antonio Express-News
Water reports have a way of evaporating these days.
With the City Council weeks away from voting on whether to raise water rates, that’s not OK. The San Antonio Water System is proposing significant increases: 7.5 percent in 2016 and 7.9 percent in 2017. (Rates are projected to increase the next three years by 6.3 percent, 9.5 percent and 14 percent, respectively.)
I got those numbers from District 8 Councilman Ron Nirenberg, a believer in the value of transparency in government. He’s not such a big fan of evaporating water reports.
The first to go missing was one that Nirenberg requested: a water policy study that ripped Vista Ridge, a $3.4 billion pipeline project to transport 16.3 billion gallons of water annually from Burleson County. A second draft of the studywas ready in July, but the city suppressed it because of “continued inaccuracies, outdated information and opinionated statements,” according to Deputy City Manager Peter Zanoni.
Now, Vista Ridge skeptics are noting the delay of a water management plan that SAWS had planned to release this year… Read more from SA Express-News