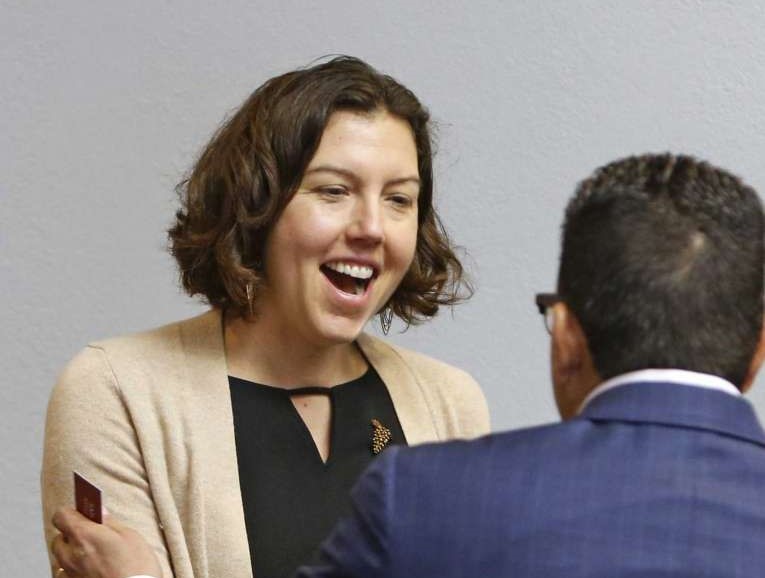 All three of Mayor Ron Nirenberg’s nominees to the San Antonio Water System board of trustees were approved recently by the City Council after a heated exchange over the appointment of water law expert Amy Hardberger.
Councilman Greg Brockhouse grilled Hardberger, the daughter of former Mayor Phil Hardberger, on her ability to represent the city’s southwest quadrant and maintain objectivity on issues related to development.
He, in turn, drew fire from Councilwomen Shirley Gonzales and Ana Sandoval. Gonzales chastised Brockhouse for quizzing Hardberger on her qualifications during a council meeting, after having weeks to contact her, and for not directing questions to the two men appointed to the SAWS board… Read more from expressnews.com