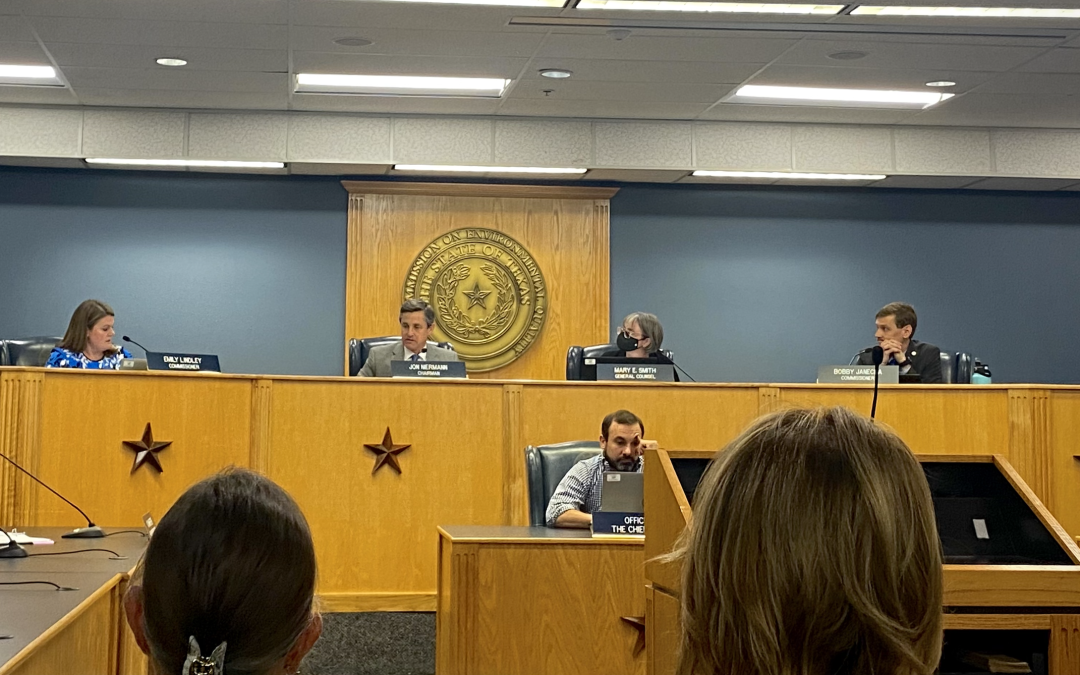 The Commissioners of the Texas Commission on Environmental Quality (TCEQ) had the opportunity Wednesday to initiate a rule making process to protect the few remaining pristine streams in the state of Texas. Brought by a list of petitioners that included nonprofits, more than sixty landowners, and that was supported by agencies, organizations, and thousands of Texans, the petition sought the complete prohibition of discharging treated wastewater in those stream segments. Instead, the Commissioners rejected the petition request on a 2-to-1 vote, and instructed TCEQ staff to explore alternative stakeholder engagement options.

While we are extremely disappointed that the Commissioners decided not to move forward with the TCEQ’s rule making process, we are grateful that they recognize the importance of this issue and left open a door to work with them and staff to fix this problem.

As Chairman Jon Niermann stated during the meeting, “The waters at issue are state treasures.” In the Hill Country, these pristine waters represent the economic and ecological lifeblood of our region. In total, the 22 stream and river segments in question represent less than 1% of the state’s waters.

This issue could not be more urgent. The Hill Country expects to double its population in the next 35 years, signifying a dramatic increase in the volume of wastewater needing to be appropriately managed. Now is the time to ensure that those remaining pristine streams are not degraded by discharge. As was pointed out by testimony during the meeting, alternatives to discharge exist and have been utilized with great success in the Hill Country. “If the state of Texas doesn’t act, the unintended consequence of the Texas miracle –that is driving a tremendous population movement into our state from across the country and the world—we are going to find an opportunity lost. We will move down the road and look back and find development has moved on and we’ve sunk costs left and right and we can’t unravel from that point in time,” said Commissioner Janecka, who spoke in favor of moving forward with rulemaking.

We look forward to working with the TCEQ Commissioners and staff on finding the most expedient path toward eliminating the risk new and increased discharge volumes pose to these natural gems, and the quality of life they sustain.

Katherine Romans is the Executive Director of Hill Country Alliance and Chair for the Texas Hill Country Conservation Network. Learn more and contact Katherine on the Staff Page.