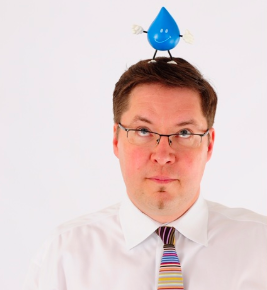 Texas Water Foundation is honored to announce the 6th recipient of the Texas Rainmaker Award – Dr. Robert Mace. The Award is given to leaders who have made exceptional contributions and long-lasting impact to promote sustainable water policies in Texas.
On May 7, 2019, Dr. Mace’s achievements will be celebrated at a reception and dinner at the Bob Bullock Museum. The event begins with a reception at 6:30pm followed by dinner and an award ceremony at 7:30pm.
Previous recipients of the Texas Rainmaker Award include:

Robert Mace is a Deputy Executive Director and the Chief Water Policy Officer at The Meadows Center for Water and the Environment and a Professor of Practice in the Department of Geography at Texas State University. Robert has over 30 years of experience in hydrology, hydrogeology, stakeholder processes, and water policy, mostly in Texas.
Before joining Texas State University in 2017, Robert worked at the Texas Water Development Board for 17 years ending his career there as the Deputy Executive Administrator for the Water Science & Conservation office.
While at the Board, Robert worked on understanding groundwater and surface water resources in Texas; advancing water conservation and innovative water technologies such as desalination, aquifer storage and recovery, reuse, and rainwater harvesting; and protecting Texans from floods. Prior to joining the Texas Water Development Board, Robert worked nine years at the Bureau of Economic Geology at The University of Texas at Austin as a hydrologist and research scientist.
Robert has a B.S. in Geophysics and an M.S. in Hydrology from the New Mexico Institute of Mining and Technology and a Ph.D. in Hydrogeology from The University of Texas at Austin.
Read more from Texas Water Foundation here.