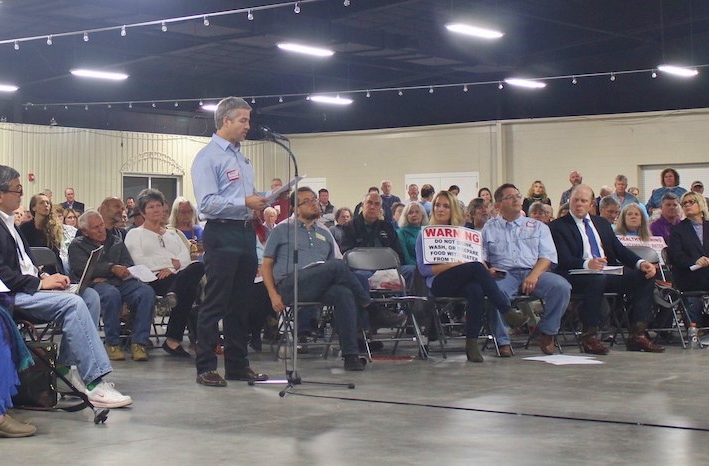 The city of Dripping Springs and Texas Commission on Environmental Quality listened to dozens of north Hays County residents and community members speak against a proposed permit that could allow the city to discharge up to 955,000 gallons of wastewater into Onion Creek every day.
City officials said Dripping Springs does not plan to discharge anywhere near that amount of water in the near future, and the city’s intent from the beginning of the application process—which began in 2014—has been to reuse the water.
City Attorney Andy Barrett said the city hoped last night’s meeting could put residents at ease.
“We feel bad that people are feeling concerned about this, and we’re hoping we can address some of those issues and explain a little more about what we’re actually doing,” he said… Read more from Community Impact