Eminent domain reform died in the Texas Legislature this session 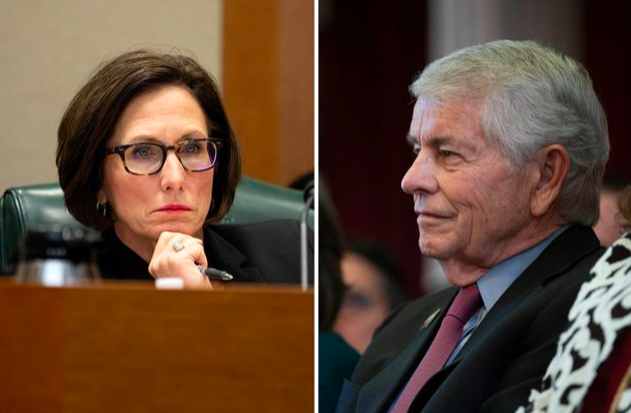 Texas state lawmakers looking to reform the eminent domain process were unable to find common ground this session, despite hundreds of hours of negotiation.
State Sen. Lois Kolkhorst‘s Senate Bill 421 sought to better protect property owners when private companies condemn their land — a nod to landowners in Texas who’ve grown accustomed to encroaching oil and gas pipelines. The bill would’ve required public meetings between property owners and industry groups and instituted measures to prevent low-ball offers to property owners, among other reforms.
But after the bill was markedly watered down in a House committee and approved in that chamber — a charge led by state Rep. Tom Craddick, R-Midland — the legislation couldn’t make it out of a joint House-Senate conference committee. The House version of the bill removed too many of the provisions Kolkhorst believed were critical, including measures aimed at restoring condemned land to as close to its original condition as possible.
Read more from Carlos Anchondo with The Texas Tribune here.