Eyes on the stars 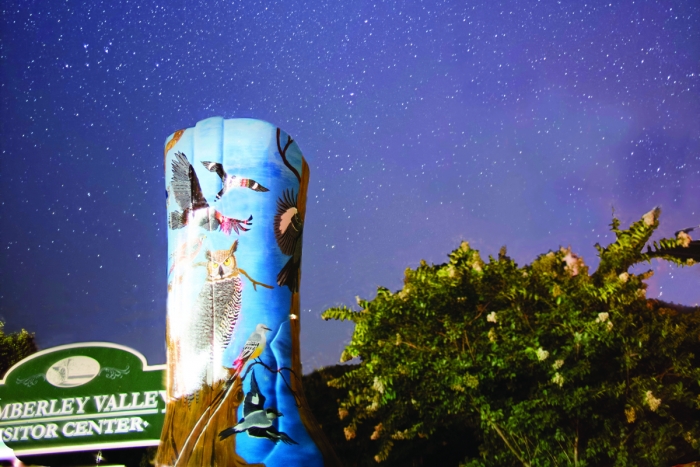 With eyes on the stars – and on the city’s future prosperity – the Wimberley Dark Sky Committee has been launched to attain official International Dark Sky Community status for Wimberley.
“This is an initiative to protect our night skies,” Cathy Moreman, Executive Director of the Wimberley Valley Chamber of Commerce and a member of the committee, said. “Being able to see a clear night sky, without a haze of lights, is important to Wimberley residents, and astrotourism is a growing attraction around the world.”
The new committee will be officially introduced July 20 at the Chamber of Commerce Luncheon in the Wimberley Community Center, 14068 Ranch Rd 12. Shannon du Plessis, vice-chair of the Wimberley Dark Sky Committee, will make the introduction presentation. Todd Sampsel, recently retired Multi-media Producer at the National Aeronautics and Space Administration (NASA), will present video of the earth, including the Wimberley area, as seen from the International Space Station. The luncheon, at 11:45 a.m. Wednesday, July 20, is open to the public… Read more from The Wimberley View