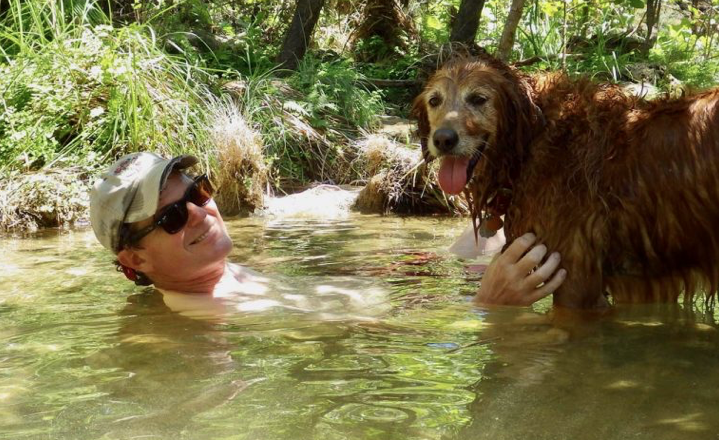 In addition to serving as the Watershed Coordinator for the Llano River Watershed Alliance, Tyson Broad serves on the Steering Committee of the Texas Hill Country Conservation Network.

Texas Stream Team is welcoming 2020 with Tyson Broad as the first Citizen Scientist Spotlight of the year! Tyson is the co-founder and project coordinator for the Llano River Watershed Alliance (the Alliance) and dedicates countless hours to leading the efforts of water quality monitoring and riparian restoration efforts around the entire Llano River Basin.
Tyson first became involved with Texas Stream Team after being named the watershed coordinator for the Upper Llano Watershed Protection Plan in 2015. Tyson developed a passion for water in the early 80’s during his senior year at Texas A&M University, where he took a semester off to attend an Outward Bound class called Land and Water Conflicts in the Upper Colorado River Basin based out of Western Colorado and Utah.
“For months we went around talking to nonprofits, government agencies, private citizens, all the different stakeholders in that watershed,” said Tyson . “It really struck a chord in me of something I was interested in working on.”
Read more from Valerie Villareal on the Texas Stream Team Community Forum here.