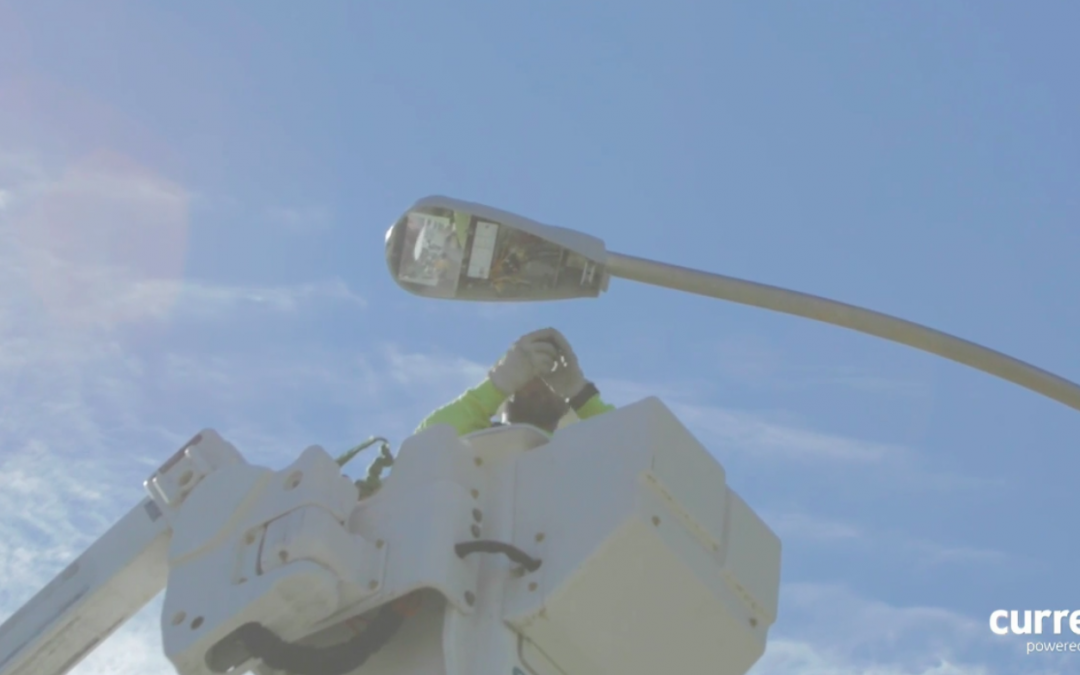 The City of Murrieta, California earlier this month became the first of 11 Riverside County cities to obtain ownership of thousands of streetlights that will be retrofit with LED fixtures to minimize light pollution, enhance public safety and save approximately $60 million in reduced energy and maintenance costs over a 20-year period. The Western Riverside Council of Governments (WRCOG) is working on behalf of the 11 local jurisdictions to facilitate the purchase of streetlights from Southern California Edison (SCE) and retrofit them with 55,000 Current, powered by GE (NYSE: GE) fixtures.
WRCOG solicited public input on which LED lights were best-suited for the region by creating a demonstration area in the City of Hemet. Guided tours with elected officials, public safety personnel and local residents featured QR codes on demonstration light poles that revealed survey questions about 12 potential vendor solutions. Based on regional assessment and expert recommendations, Current by GE’s Evolve* lights, which feature reflective technology that minimizes glare, were selected for the project.
According to Tyler Masters, WRCOG Program Manager, the Current by GE retrofit will offset the equivalent energy use of 2,000 homes each year. “We’re pleased to have found a solution that makes economic sense while balancing the public safety needs and the reduction of artificial night sky brightness.”
Read more from Business Wire here.