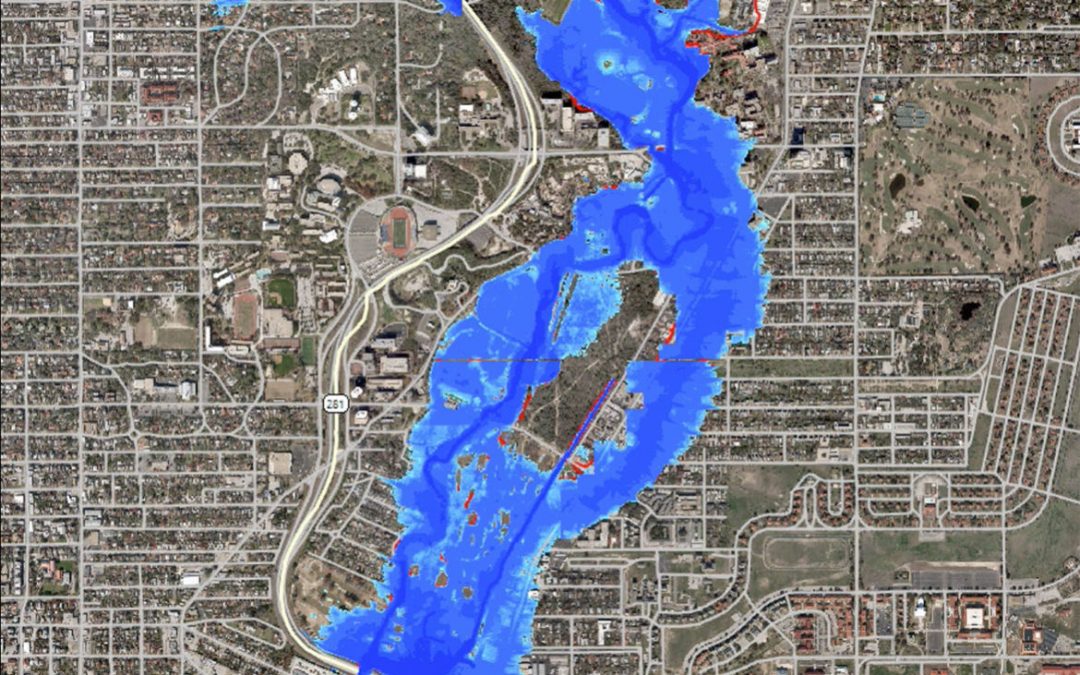 A direct hit by a hurricane of Harvey’s magnitude would cause catastrophic flooding that would flow over the Olmos Dam and emergency spillway by four feet and inundate portions of U.S. Highway 281 for approximately 12 days, according to models released by the San Antonio River Authority on Wednesday.
“Preliminary model results show that the Olmos Basin would receive staggering amounts of rainfall dropping enough water to fill the Alamodome 41 times, about 23.34 billion gallons of water,” stated Steven Schauer, the river authority’s director of government and public affairs, in an email to the Rivard Report. The Olmos Basin is one of several basins in the Upper San Antonio River Watershed. Read more from the Rivard Report