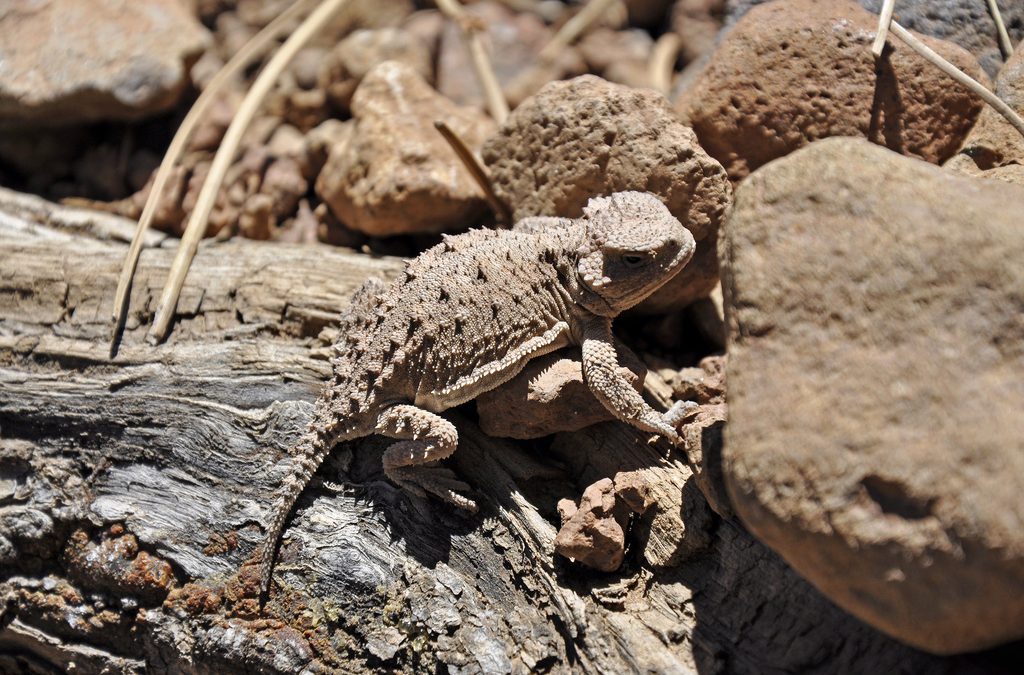 For the first time ever, researchers have found captive-bred Texas horned lizard hatchlings alive after winter hibernation.
It’s a big win for the state reptile, which has vanished from Texas landscapes over the past several decades.
New technology has allowed Texas Parks and Wildlife Department officials to track the tiny hatchlings more accurately than ever. In the past, hatchlings were nearly impossible to track after release, and all died within a few months.
Even in good conditions, Texas horned lizards have a high mortality rate. Previous efforts to release wild-caught and captive-bred adults have had limited success, and researchers have tried to release hundreds of hatchlings at a time in recent years.
When released, the lizards are hard to see in the dense Hill Country brush at Mason Mountain Wildlife Management Area, but long antennas glued to the back of each lizard allowed researchers to track some into late fall.
It’s all part of a coordinated effort among Texas landowners, Parks and Wildlife, biologists at Texas Christian University and Texas zoos to bring the critter back from the brink.
Read more from Charles Scudder with Dallas News here.