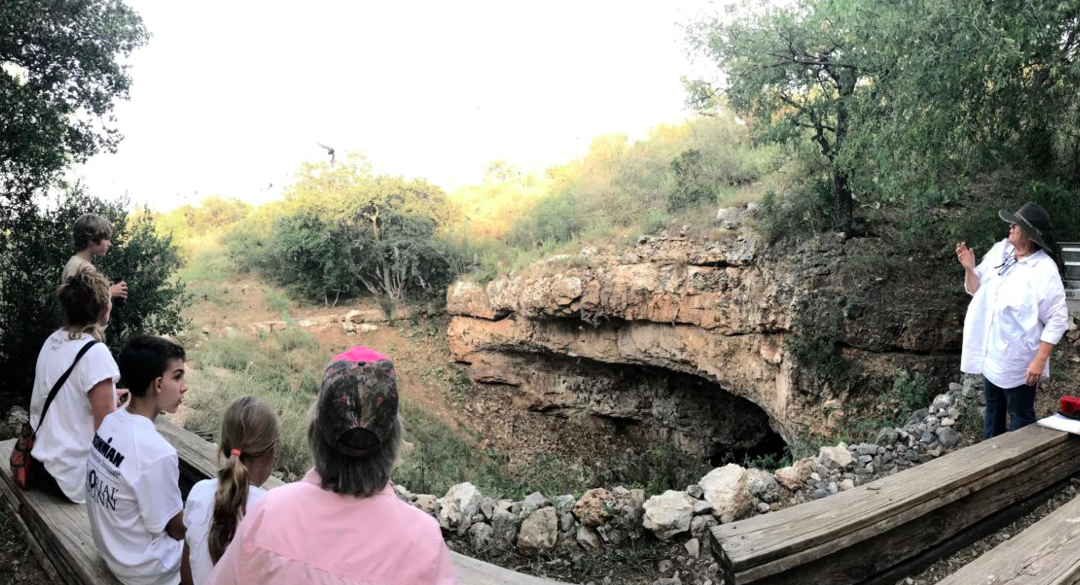 The Texas Department of Agriculture slapped a $1,200 fine on the Star S Ranch near Mason this week for two violations of pesticide drift at the Eckert James River Bat Cave last summer.
The six-month investigation found the Star S Ranch, which shares a fence line with the bat cave, had used a Permethrin-based pesticide inappropriately. The 14,000-acre exotic game ranch applied the pesticide with a fogger and in a way that allowed it to make contact with people. Both acts constitute using the pesticide “in a manner inconsistent with its label” and resulted in two fines of $600, according to the agriculture department.
The fines stemmed from a June 29 incident at the bat cave about 17 miles south of the Hill County town of Mason. More than 25 people had gathered at the preserve to observe the nightly emergence of millions of Mexican free-tailed bats when guests reported seeing a cloud of what appeared to be smoke that caused their eyes and throats to burn. Bat cave steward Vicki Ritter herded the visitors to the parking lot, where they saw someone using a fogger along the shared fence line with the ranch, according to statements provided to the agriculture department by Ritter and other visitors.
Read more from Monika Maeckle with The Rivard Report here.