Grand Canyon is the Dark Sky Place of the Year. Here’s why that’s big 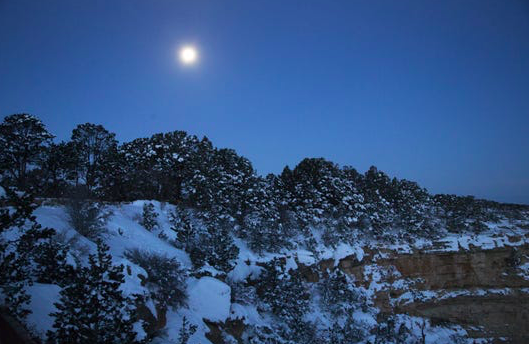 Lots of hard work went into making Grand Canyon an even better place to enjoy the night sky in recent years and that effort has been recognized.

Grand Canyon National Park has been named Dark Sky Place of the Year by the International Dark-Sky Association. The park earned Dark Sky status in June after a six-year effort to replace nearly 3,500 light fixtures and perform other updates in the 1.2 million-acre park.

Grand Canyon is the largest Dark Sky Park in the world.

The light-reducing work was done in partnership with the Grand Canyon Conservancy, park concessionaire Xanterra South Rim and a host of other individuals and organizations.

The effort dates to 2013, when the groups and individuals started taking stock of the thousands of light fixtures in the park to determine what changes needed to be made.

“Grand Canyon Conservancy has been working to make Grand Canyon an International Dark Sky Park for years,” said Mindy Riesenberg, director of marketing and communications for the conservancy.

Read more from Weldon B. Johnson with AZCentral here.