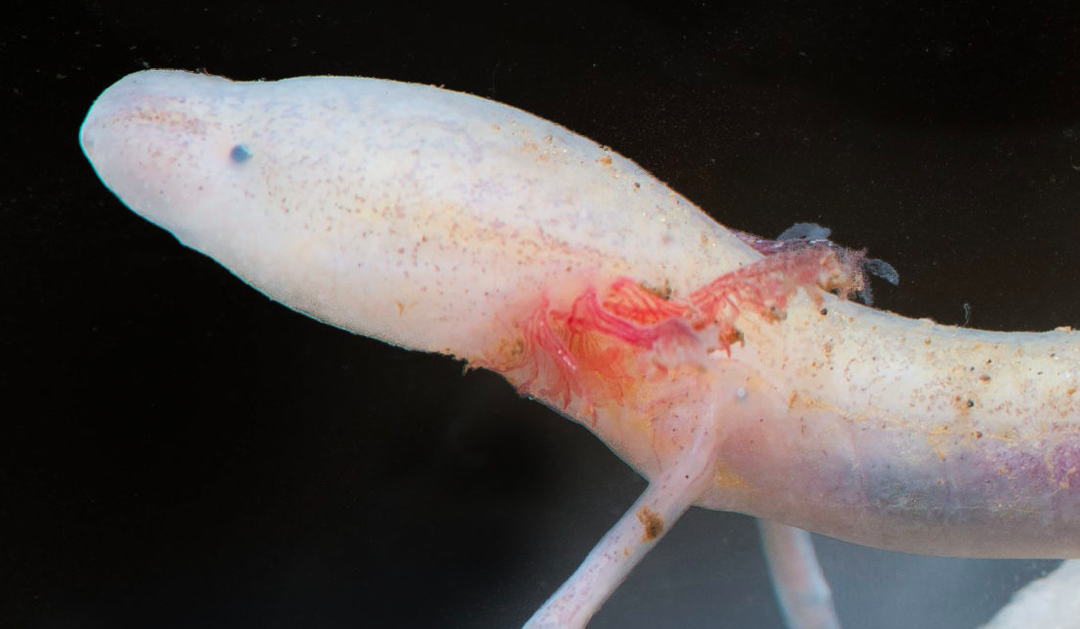 Along U.S. Highway 281 headed north to the Comal County line, drivers can see shopping centers and housing developments that look indistinguishable from suburbia elsewhere in the country. But hundreds of feet below the highway, inside the Edwards Aquifer and some local caves, new species of salamanders, crustaceans, and other creatures are being discovered.
Animals that live inside the Edwards aquifer include two species of blind catfishes. A recent report also documents the discovery of several species of crustaceans (shrimp-like creatures) in the aquifer.
“There are some really cool things, really close to home,” said Andy Gluesenkamp, the director of conservation at the San Antonio Zoo who has studied four new local species of cave salamanders, including one from the Edwards Aquifer that was found in a well in a bowling alley parking lot in New Braunfels.
Gluesenkamp is writing a paper about these previously unknown species that describes their morphology, behavior, habitat, and other characteristics.
Read more from Viviane Callier with The Rivard Report here.