How about rethinking a cultural icon? The front lawn. 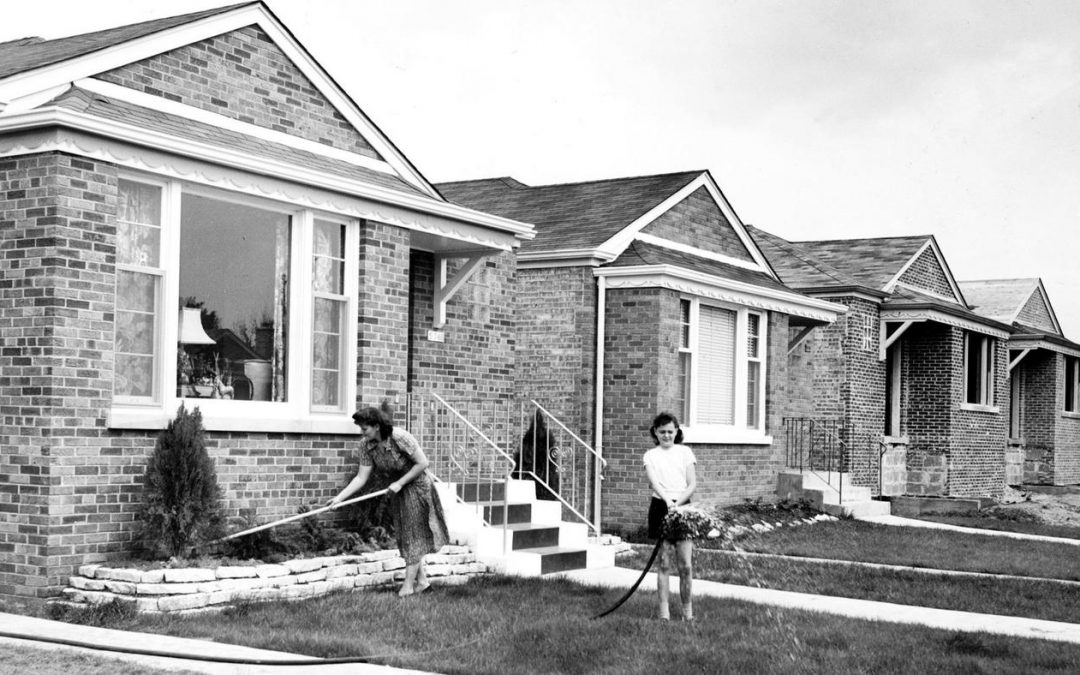 According to NASA, there are 40 million acres of turf grass in the United States — lawn, in a sense, is our largest crop. Individually we spend, according to the Bureau of Labor Statistics, 70 hours a year mowing our lawns; and as a nation, according to the Environmental Protection Agency, we pour 9 billion gallons of water daily on those lawns. Nevertheless, in the past two decades, according to the U.S. census, the average new home has grown 21 percent, even as the average parcel of land it sits on has shrunk 400 square feet. And now, as millennials leave cities for suburbs, “They just don’t want the commitment that comes with lawns,” said Chicago real estate broker Erin Ward. “They’re happy with a tiny patch — they don’t equate their front lawn with status.”
So, a modest proposal:
Since we’re already questioning the foundations of our nation, toppling monuments to institutions that no longer work for many, how about rethinking another cultural icon? The front lawn. Read more from the Chicago Tribune