How gas flare-offs could bring water 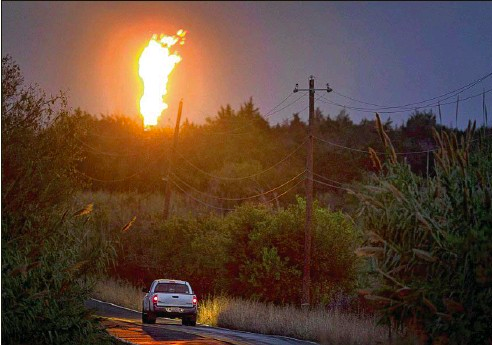 One of the biggest freshwater reservoirs in the worlds is, literally, up in the air.
Between 6 and 18 million gallons of freshwater hover above every square mile of land, not counting droplets trapped in clouds. Scientists realized this centuries ago but they have never quite figured out how to bring the water down to earth. The effort required to condense it could consumer such vast quantities of energy that it has always appeared to make any effort to capture and use this water uneconomical…Read more from the Austin American-Statesman