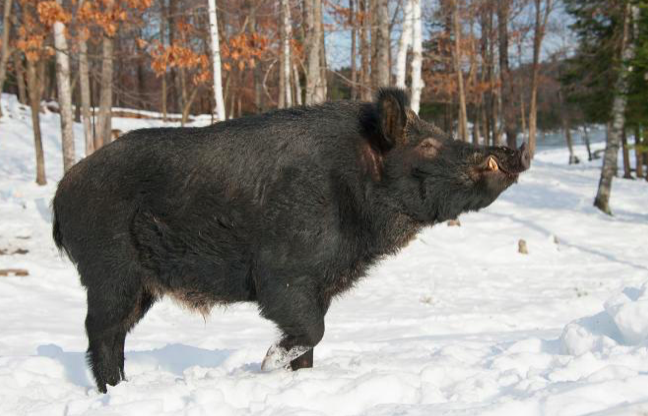 Feral swine, the offspring of wild boars and domestic pigs, are spreading through Canada into areas where many didn’t think they could survive.

In the late 1980s and early 1990s, some Canadian farmers imported wild boars from Europe to raise for meat. But as wild boars are wont to do, some of them escaped, either digging under fences or barreling through them. Others were set free once the boar meat market cooled.

At first, it didn’t seem like a big problem; many thought they couldn’t survive Canada’s long winters. But the boars proved hardier than some researchers expected, and now they’re causing havoc across wide swaths of Canada.