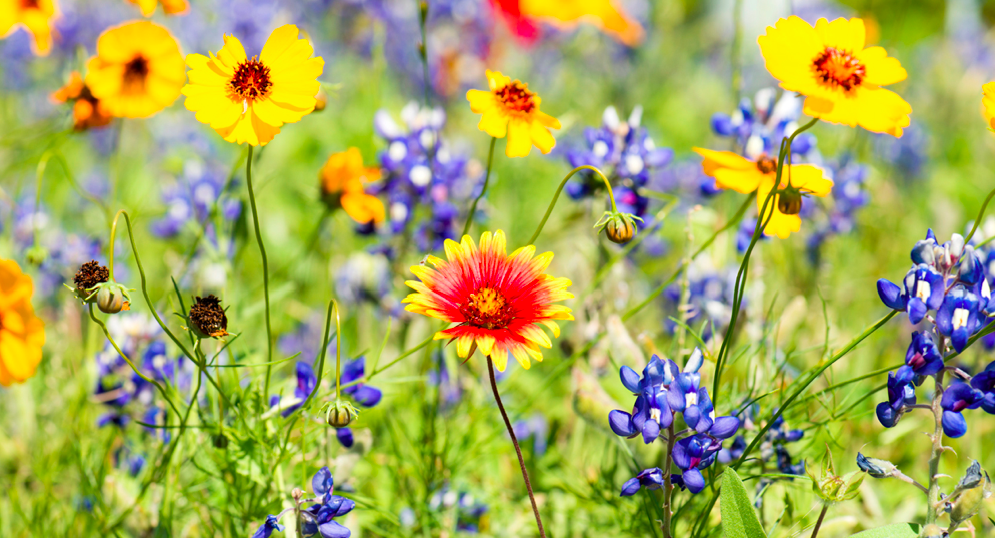 Don’t mind the cold. Spring has sprung in Texas, with wildflower season getting an early pop this year following months of wet and dreary weather.
The above average rainfall Texas got in the fall and winter months, coupled with unseasonably warm temperatures, will translate to a rather impressive wildflower season, said Andrea DeLong-Amaya, director of horticulture at the Lady Bird Johnson Wildflower Centerin Austin.
The state’s iconic bluebonnets were already seen sprouting in Austin as early as three weeks ago, along with delicate pink redbuds and grape-colored Texas mountain laurels, some of the more than 5,000 species of wildflowers in the state now flaunting their blooms.
DeLong-Amaya said last summer’s drought may also have been a boon to Texas wildflowers this year, as dry conditions kill off many of the plants that normally compete with wildflowers, leading to a showier season overall.
“The other strange thing that has happened for us, because it has been so warm, there are some things that never stopped blooming like Texas lantana,” she said. “I had a report that someone saw some goldeneyes that were blooming in the winter. That’s a little unusual.”
Read more from Mary Huber with Texas Highways here.