In Dallas as in Phoenix, people look to trees for relief from urban heat islands 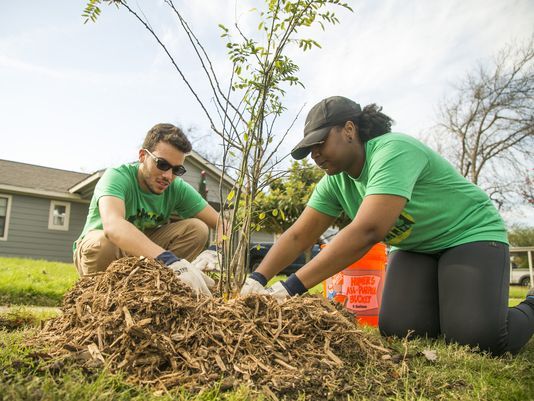 Like much of Phoenix, the south-side Dallas district lacks sufficient shade for comfort during summer and safety during heat waves, when temperatures can climb as much as 11 degrees higher than parts of the city where the shade cover is greater.

Despite South Oak Cliff’s leafy name, big shade trees are relatively scarce along its streets. In this part of Dallas, the canopy, a measure of areas covered by trees, is one-third as dense as it is in the city overall, and neighbors say the trees that do exist are aging and falling over in storms.