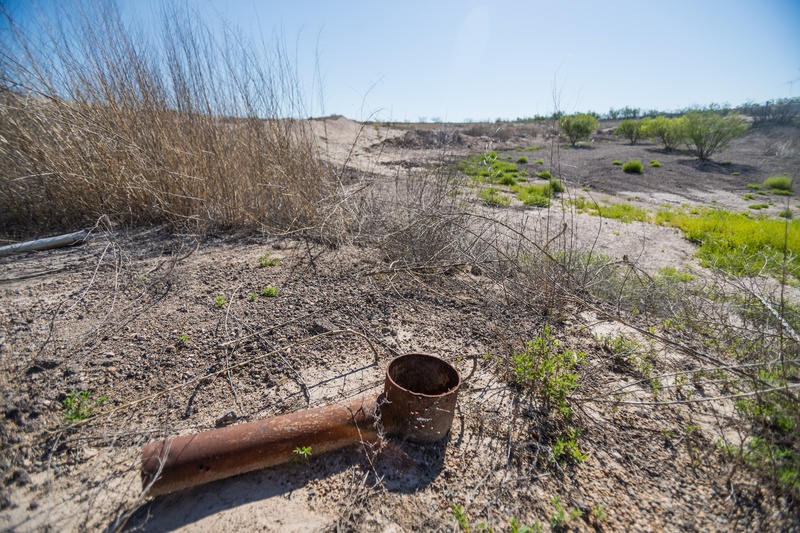 Land around a West Texas roadway used to be flat. Now, it’s fissured, sinking and has cost taxpayers more than a million dollars — all because of a water well that was left unplugged.

The rusty pipe poking up from desert scrubland just south of Imperial would be easy to miss if you didn’t know it was there. But the once-forgotten water well — a reminder of ranch life here decades ago — has developed an almost magical power: No matter how many taxpayer dollars the state throws into it, it threatens to suck up more.

Little by little, the long-abandoned well has dramatically altered the surrounding landscape. This land used to be flat. Now, it’s fissured, it’s sinking — and it has cost taxpayers more than a million dollars and counting to repeatedly repair a two-lane road near the well. If the state has to re-route the road, the cost could rise to $15 million… Read more from the Texas Tribune