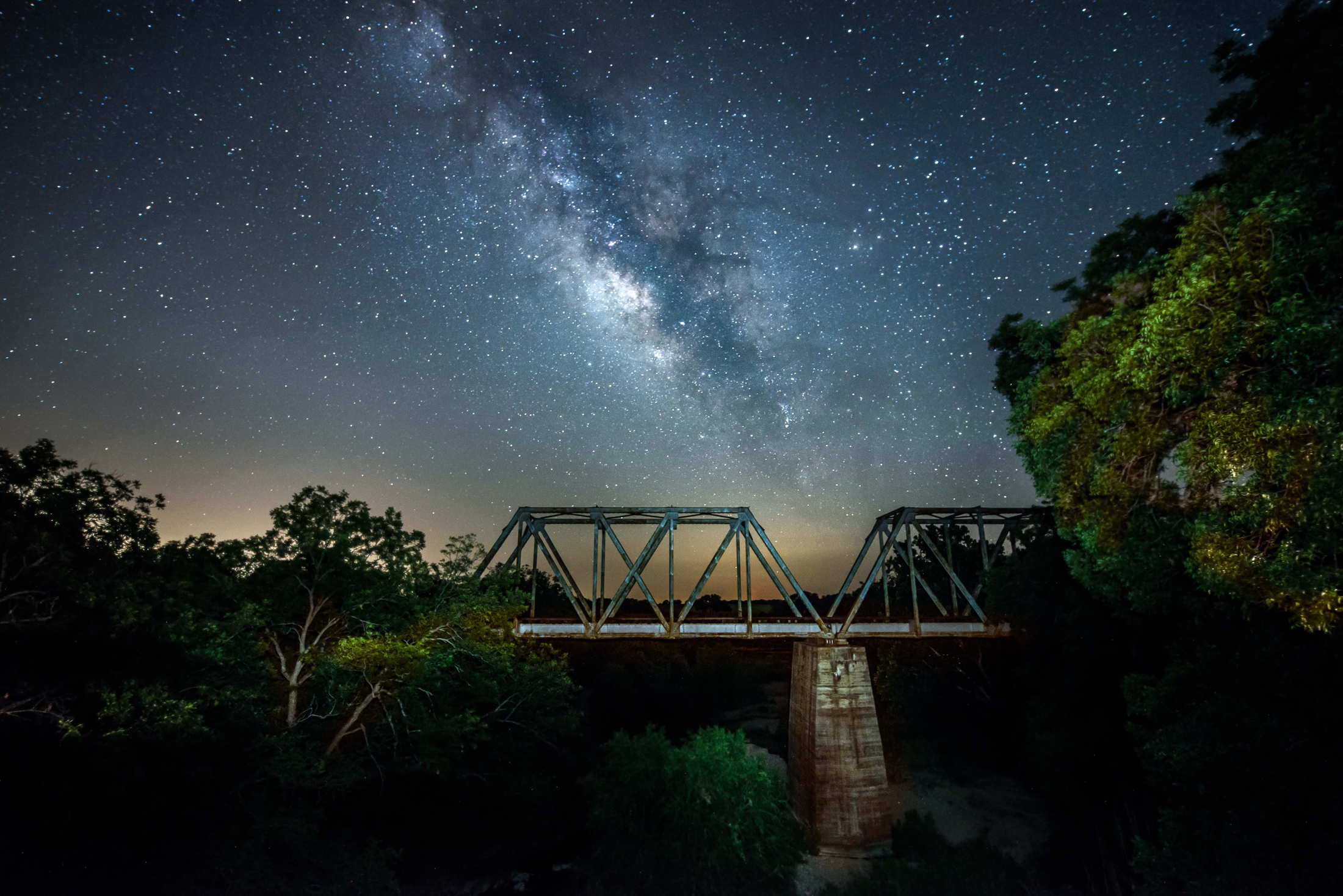 There was once a time in which every star in the sky could be seen at night. Our ancestors experienced an absolute absence of light once the sun set, and the twinkling black sky above was untouched; one could watch the stars twinkle from anywhere in the world.
Today, much of the night sky is tainted by light pollution, and billions of people rarely have the chance to behold a sight as breathtaking as the Milky Way on a dark, clear night.
Lauren Sweat, a Sustainability major at the University of Texas at Austin and an intern at Inks Lake State Park, is on a mission to reverse this sad truth and is actively sharing knowledge and suggestions with the public to help bring back the beauty of the night sky.
“With increasing urban sprawl, light pollution is making it harder to view the stars at night,” Sweat said. “And a lot of people in urban areas don’t know what they are losing, because they have never seen the starry sky.”
Sweat recently attended a workshop hosted by the International Dark-Sky Association, a non-profit organization dedicated to preserving the night sky by sharing information about light pollution and ways to prevent it, in which she learned of the various effects light pollution can have on the environment, besides ruining the view.
According to the IDA, light pollution has negative effects on the health of humans, as well as wildlife. Animals depend on a regular light-to-dark cycle to survive in their environment, and when introduced to artificial lighting, their regular habits may be altered, having adverse affects on their health. When a human’s circadian rhythm – the internal clock, kept in tune with the Earth’s 24-hour cycle with the help of natural lighting – is affected by artificial light at night, it puts them at a higher risk for obesity, sleep disorders, depression, diabetes, breast cancer, and more.
Read more from Savanna Gregg with the Burnet Bulletin here.