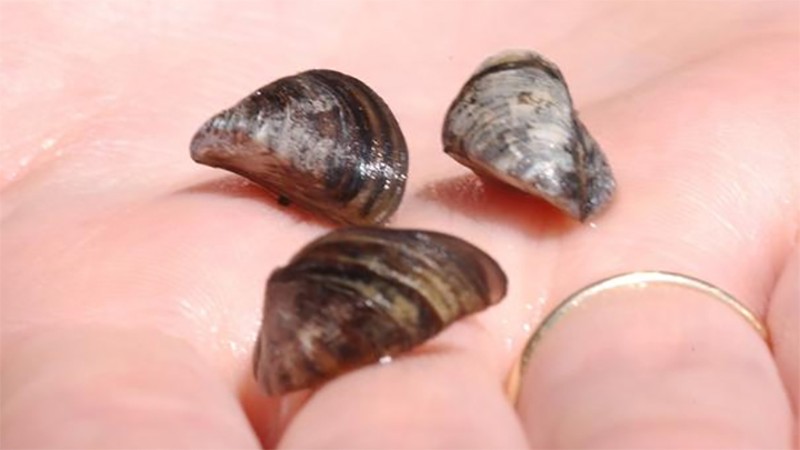 Zebra mussels, which have seriously affected the economy, environment and recreation on Texas reservoirs and rivers, have been found in Lake Travis, state wildlife officials said Tuesday.
Biologists from the Texas Parks and Wildlife Department and the Lower Colorado River Authority confirmed the presence of the zebra mussels in the lake Thursday after a worker at a marina reported seeing a single zebra mussel attached to the outboard motor of a moored boat on the lake, officials said.
Biologist then found the mussels on other nearby boats and on submerged marina infrastructure, according to a statement from the Parks and Wildlife Department. Additionally, they found several size classes of adult and juvenile mussels at two different sites in the lake, indicating the lake is infested with an established, reproducing population, the department said… Read more from Statesman.com