Is new wastewater treatment plant to blame for algae in river? 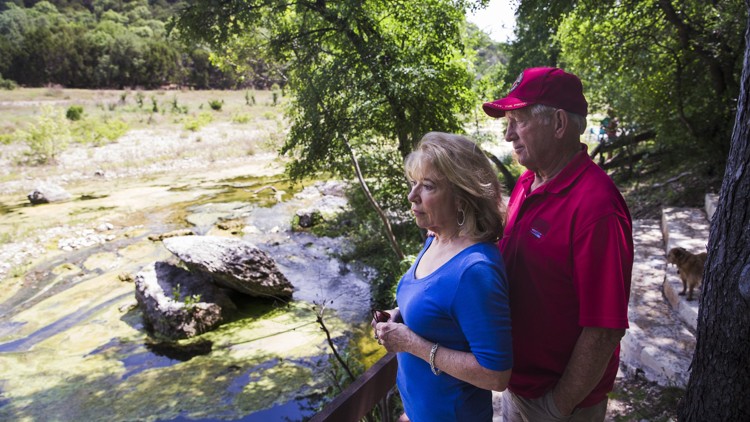 The South San Gabriel River was so clear as it flowed past Frank and LaWann Tull’s house on Waterford Lane in Georgetown that they held baptisms for their church in April 2016 and April 2017. But this year they couldn’t.
Around the beginning of April, t he river became blanketed with thick coats of algae that lasted for several weeks, they said.
“We’ve been here 11 years and we’ve never seen anything like this,” said LaWann Tull. “It’s a thick, heavy sludge that in some cases goes from bank to bank.”
The river was running clear last week, with residents saying the algae was swept downstream by recent rain.
The Tulls and at least two other residents said they believe the algae was linked to discharges from the Liberty Hill South Fork Wastewater Treatment Plant a few miles upstream, while a Liberty Hill official said a lack of rain, yard fertilizer or new developments could have been the culprit. Now the Texas Commission on Environmental Quality is investigating… Read more from Statesman.com