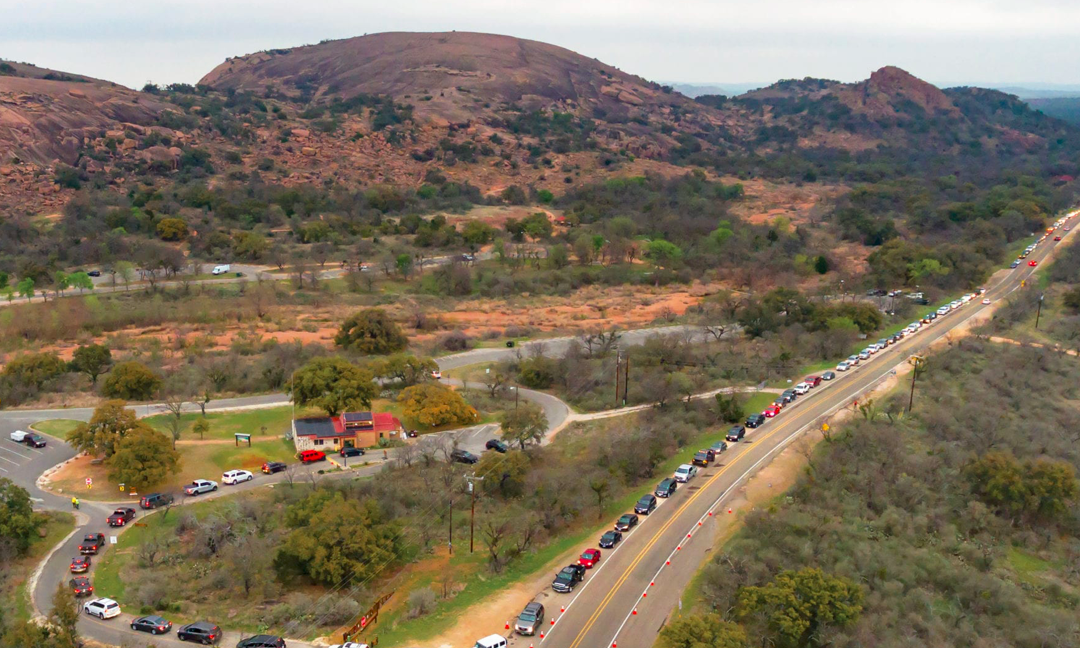 More people are enjoying Texas’ 95 state parks than ever. In the 2017 fiscal year, there were 10 million visitors, a 20 percent increase over 2012. Visitation at some destinations has skyrocketed. For example, the number of visitors to McKinney Falls, a small park on Onion Creek in far southeast Austin, nearly doubled in the last decade, jumping from 128,000 in 2008 to 319,000 in 2017.

“State parks are the No. 1 tourist attraction in Texas,” said John Crompton, a professor in the Department of Recreation, Park and Tourism Sciences at Texas A&M University. “The state park is the economic engine of many rural counties.”

Texas’ population has ballooned by more than 7 million since 2000, and many newcomers are seeking outdoor experiences. To keep up, the system would need to add one new park each year. Only three have opened in the last 18 years.

Read more from Joe Nick Patoski with the Texas Observer