It Takes a Network to Tackle Growth and Complexity 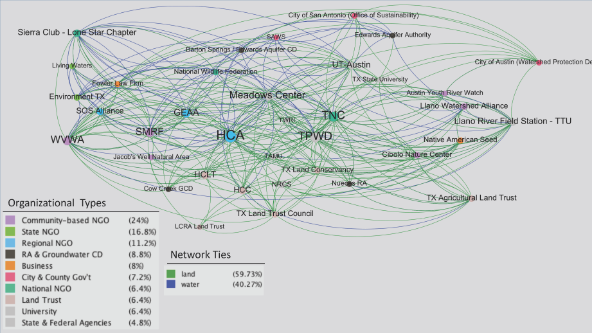 Famous frontiersman and politician Davy Crockett once remarked, “You may all go to Hell and I will go to Texas,” and apparently, he was onto something. While the impetus for his remark was disenchantment with Tennessee politics in the early 1830s, an increasingly large number of people have followed in his footsteps. According to a recent Census Bureau report, Texas is home to several of the fastest-growing cities in the nation, with much of that growth occurring in a unique ecological region: the central Texas Hill Country, which encompasses some 17 counties in central and south Texas.
The Hill Country is a lovely place, and we are not surprised that people are attracted to it. But unprecedented population increases are also giving rise to significant environmental challenges: The fast pace of development in and between Austin and San Antonio is stressing the region’s natural resources—and regional stakeholders’ capacity to plan and adapt… Read more from Stanford Social Innovation Review