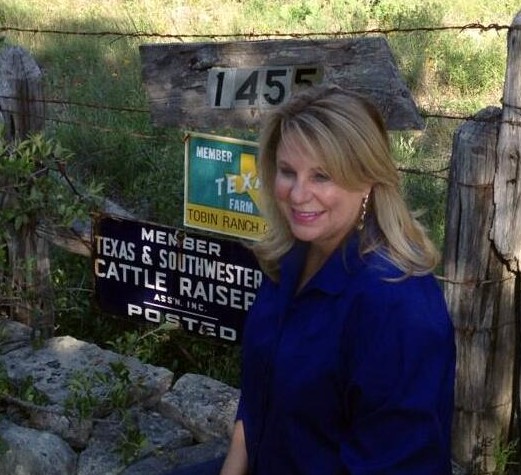 Dalondo Moultrie | Herald-Zeitung |
New Braunfels resident Kathleen Tobin Krueger, a former mayor pro tem, was scheduled yesterday to be appointed to a vacated seat on the Edwards Aquifer Authority board of directors.
Krueger is taking over for Craig Massouh, who was appointed to the board in 2012 and subsequently elected the same year. She said her appointment to Massouh’s unexpired term ends in November 2018, when an election will be held for the seat.
“My personal history in the Hill Country, my concern for water issues (etc.),” led her to seek the appointment, Krueger said. “All of these made me realize the important step I could take to hopefully do some good in this area.”
EAA District 8 encompasses portions of New Braunfels.
According to the authority’s website, the EAA is governed by a 17-member board of directors representing the interests of constituents from across the Edwards Aquifer region. Fifteen directors serve as voting members of the board, elected from single-member districts to four-year terms.
Two non-voting directors are appointed to four-year terms — one by the South Central Texas Water Advisory Committee (SCTWAC) and another by the commissioners courts of Medina and Uvalde counties on a rotating basis. The EAA, a member of the Texas Water Development Board Region L Planning Group, also collaborates with other groundwater districts and related stakeholder groups.
Krueger said she was scheduled to be sworn in as a board member at a 2 p.m. preliminary meeting Tuesday. She said she would then be seated at the board’s 3 p.m. regular meeting the same day.
Born in San Antonio, Krueger has volunteered in New Braunfels in a number of capacities, including as board member of the Children’s Museum, Eden Hill Communities, Hope Hospice Foundation, Sophienburg Museum & Archives and as an enthusiastic NBHS Band Booster for seven years.
She currently serves on the board of Volunteers in Medicine, the New Braunfels Police Contractual Training Board, the New Braunfels MLK, Jr. Association, on NBU’s advisory board for the Comal Springs Conservation Center, and on the board of The Hill Country Alliance.
She recently concluded two terms on the regional board of the Girl Scouts of Southwest Texas in San Antonio and as a board member for the Greater Edwards Aquifer Alliance in San Antonio.
Krueger said Massouh knew he was going to be leaving the board and he suggested she throw her hat in to be considered for his seat.
She said she thought about it and then decided to give it a shot.
There was a 30-day opening for applicants and no one else submitted their name for consideration, Krueger said. She was chosen.
“I will happily try to fill the big shoes of Craig Massouh,” she said. “I always just hope that I would lead a life of purpose.”