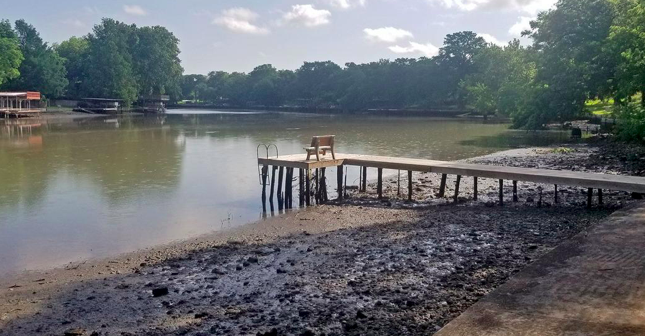 Water continues to pour out of lake Dunlap, draining the lake after a spill gate failed early Tuesday morning.

Officials say the lake, located in the northern portion of Guadalupe County on the Guadalupe River, will have completely drained by day’s end.

Water began to surge over the Lake Dunlap dam after the spill gate failed around 8 a.m. Tuesday morning, dumping water downstream at about 11,000 cubic-feet-per-second (CFS), causing river and lake levels downstream to rise.

No evacuations were called, however, residents and recreationalists were advised to take precautions as the water surged down the river.

Read more from Felicia Frazar with The Seguin Gazette here.