Lands that I love 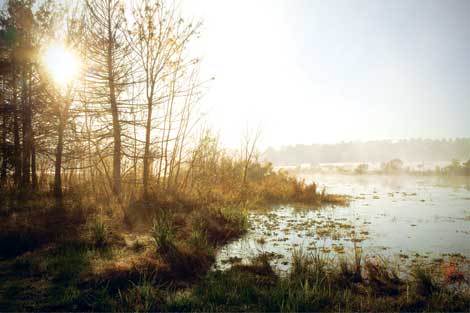 Our streams, woods, grasslands, and lakes are at greater risk than at any time in our history, but the stories of three places—a ranch in the Hill Country, a forest in East Texas, and a prairie outside Fort Worth—prove that ordinary people can find inventive ways to protect our state’s most treasured resources. Check out this great article by Andy Sansom published in the January 2010 issue of Texas Monthly.

Lands that I love
by Andy Sansom
Texas Monthly
January, 2010
Sadly, we are not doing much about either problem. Although research proves the societal importance of protecting the landscape and equally compelling statistics demonstrate the need for children to spend time outdoors, our state government’s lack of vision and leadership is putting iconic places increasingly at risk of being lost forever. This is nothing new, of course. The last time the Legislature provided any significant funding for the purchase of parkland was in 1967, when John Connally was governor. Even more striking, it took four decades to spend it all. Though the Legislature in the past few years has been much more generous to state parks, Texas ranks last among all the states in the money available for places like Enchanted Rock, Garner State Park, and the San Jacinto battlefield, according to George Bristol, the president and executive director of the Texas Coalition for Conservation, an organization that has led efforts to increase state park funding.
Polls consistently show that large majorities of Texans support initiatives that would help the state acquire more parkland. But this rarely translates into action at the Capitol. Legislators have turned a deaf ear on efforts by land commissioner Jerry Patterson and others to allocate funds for purchasing the development rights of private landowners, an agreement in which the owners are paid to conserve the property’s ecological value but are still allowed to live on the property, sell it, or pass it down to heirs. “We need to take advantage of the current economic downturn,” said Jeff Francell, the director of land protection for the Nature Conservancy in Texas, one of the state’s most influential conservation organizations. “During the savings and loan crisis of the late eighties, Texas purchased more land for conservation than in its entire history. Our present situation, as bleak as it seems economically, may be our last chance to save the best of Texas for our children and grandchildren.” Read more from Texas Monthly