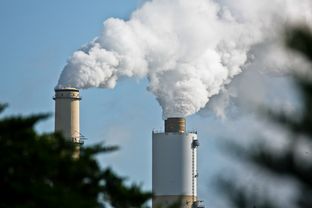 Legislation currently making its way through both the Texas House and Senate would have serious consequences for the general public to challenge pollution permits at the TCEQ. Contested case hearings are typically the best way for landowners to question those applying for permits at the TCEQ, and to have an impartial ruling from a judge.

Contested cases are cropping up in the Hill Country, where explosive growth is increasingly pitting long-time landowners against subdivisions and non-compatible uses like industrial operations, mining and commercial activity. In a recent case in Bulverde, the contested case hearing process was the only way for local landowners Terrell and Patricia Graham to challenge a new subdivision that wanted to dump 350,000 gallons per day of treated wastewater into the Graham’s dry creek bed. Although the ultimately judge ruled in the Graham’s favor, the decision is non-binding, and the TCEQ Commissioners could still allow for the wastewater discharge permit.

In a case currently playing out along the banks of the Pedernales River in Blanco County, neighbors are protesting a proposed rock crushing operation that could have serious noise, air, and water pollution impacts on the river. Landowners are currently seeking a public meeting, so that they can ask questions of the operator and the TCEQ.

In Dripping Springs, a citizens group is trying to deal with a proposed concrete plant from scattering up to 70 tons of particulate matter every year across their community. Residents near the plant, students at nearby schools, senior citizens in close-by retirement homes and the Barton Springs Watershed feeding Austin’s beloved Barton Springs may all be adversely affected.Learn more about this ongoing effort.

The bills moving through the legislature would shorten the amount of time judges have to issue a decision in the contested case process and shift the burden of proof to ordinary Texans, rather than the permit applicant, to show why a permit should not be granted. Lawmakers argue that the contested case process is too burdensome on businesses, though according to the Alliance for a Clean Texas, out of 1,900 environmental permit applications last year, only 10 were contested.

For more information on the contested case bills and contact information for members of the legislature, click here for a 2-page summary of the bills created by the Texas League of Conservation Voters.

More on contested case hearings below.

Texans use an important process called “Contested Case Hearings” to protect private property interests, community and neighborhood health, and the environment. Unfortunately, the contested case hearing process is under attack by big special interests who are trying to gut the process and erect barriers to meaningful citizen participation through the passage of Senate Bill 709 and House Bill 1865.

When a company wants to develop a big project that will impact private property and community health, such as a new landfill, power plant, refinery, cement plant, or wastewater treatment plant, they have to get a permit for these projects from the Texas Commission on Environmental Quality (TCEQ). Citizens who live close to these proposed facilities have an opportunity to request a contested case hearing on the permit at the State Office of Administrative Hearings (SOAH).

A contested case hearing at SOAH is a way for Texas citizens to have an independent and fair hearing on the merits of the proposed environmental permit. Often in contested case hearings, issues are raised about the impact of a proposed project on a community or the environment which were missing from the draft permit. One case from the Dallas area highlighted how a draft permit would allow a proposed landfill to leach harmful chemicals into a river and aquifer used for drinking water. That project was later scrapped.

Gutting the contested case hearing process is a solution in search of a problem.

Despite arguments from business interests, contested case hearings are extremely rare. In the last five years, of the thousands of permit applications received by TCEQ, about 1% ended up going to a contested case hearing. Business interests also argue that TCEQ does not issue permits expediently compared to other states. This is simply not true. For example, research by Public Citizen shows that compared to many other states Texas issues air permits relatively quickly.

One of the biggest problems with the bills big business interests are pushing is that they switch the “burden of proof” from deep-pocketed applicants to Texas citizens. This means that citizens would be responsible for proving at SOAH there is a problem with the draft permit. This is profoundly unfair in two ways. First, it is not the citizens who are asking the state for permitting to potentially pollute the environment and impact a community – the applicant should have to prove its case. Second, applicants often have a bevy of high-priced attorneys working in their corner – shifting the financial burden in administrative hearings to Texas citizens, generally with less resources, stacks the deck deeply in favor of industry.

The bills also erect other barriers to citizen participation in contested case hearings, and set unrealistic time frames on how long cases at SOAH may last.

SB 709 and HB 1865 are unneeded bills that mess with Texans, and mess with Texas. If Texas legislators care about the health and welfare of their constituents, private property rights and a clean environment, they should reject this misguided legislation.

Alliance for a Clean Texas (ACT) is an alliance of environmental, public interest, consumer rights and religious organizations dedicated to improving public health, quality of life and the environment in Texas by working for change through public education and at the regulatory and legislative levels.