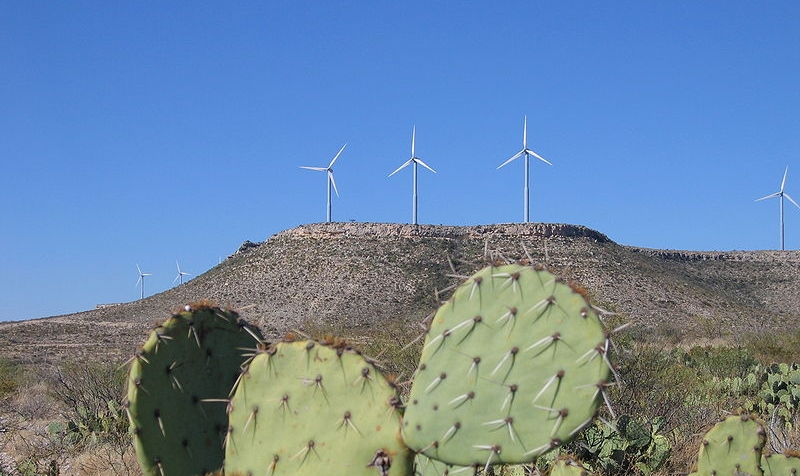 Adding a wind farm to its Lone Star energy portfolio in the scenic Texas Hill Country is proving to be much tougher than setting up shop on the high Texas plains for Enel Green Power North America. Folks in Mason, where construction of the wind project is proposed, believe that wind turbines just don’t belong here.
The Italian energy giant has plans for development of the Mason Mountain Wind Project (MMWP) not far from the historic community of 2,077 that bills itself as “The Gem of the Texas Hill Country.”
Six landowners are providing access and easements on thousands of acres of land to the Rome, Italy-based energy conglomerate, which, like other energy powerhouses, wants to cash in on the Texas wind rush and generous government subsidies offered to renewable energy companies.  Enel already operates the 63-megawatt Snyder Wind Farm with 21 turbines in Hermleigh, Texas, about 80 miles northwest of Abilene. Details of the Mason project – how many megawatts, how many turbines, how tall they would be, does Enel have an interconnection agreement with a transmission provider to move the electricity to the grid – remain a secret.
That lack of transparency only heightens local suspicions.
“I haven’t heard anybody voice a positive opinion of the project,” said Mason Mayor Brent Hinckley, who voiced strong opposition five years ago to the intrusion of major electric transmission lines that would have cut across some of the county’s most scenic vistas. “An overwhelming number of people have told me they don’t want that in our community,” he said, recalling a Town Hall earlier this summer attended by more than 200 residents… Read more from the Rivard Report

Learn more about transmission lines and wind farms in Texas