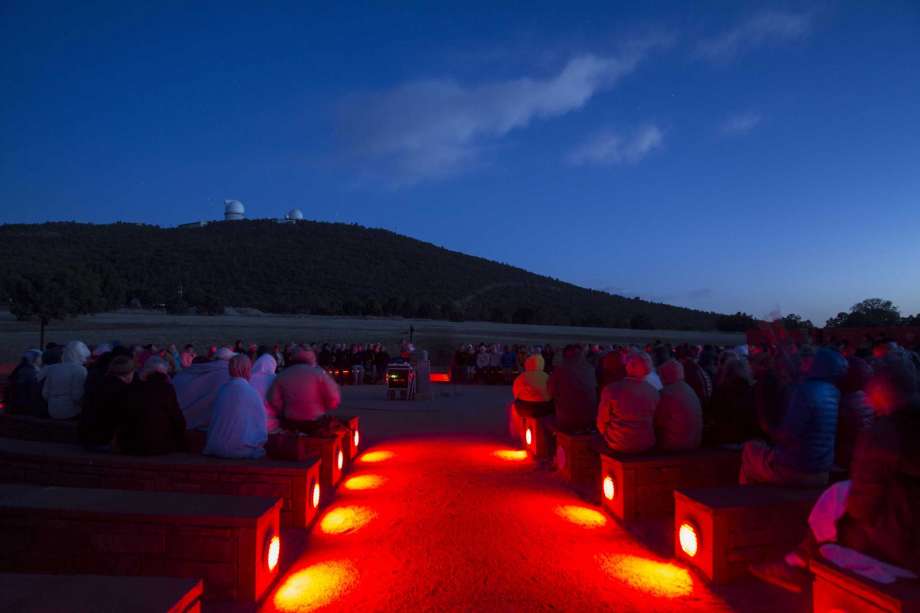 The McDonald Observatory, often called the “Crown Jewel of the University of Texas,” monitors the night sky in the Davis Mountains. On a clear night, the entire Milky Way is visible from the observatory’s telescopes and the naked eye. However, the stars at night have not appeared as big and bright in recent years due to a problem spreading to most of the Trans-Pecos region of Texas: light pollution.

The observatory is located in Jeff Davis County, one of seven counties in the Trans-Pecos region. All seven counties have a Dark Sky ordinance, which limits the use of light outdoors. Outdoor lighting in an area with a Dark Sky ordinance mandates the light must shine down and not into the sky. Lighting that does not follow these guidelines can wash out the night sky, making it harder for researchers at the McDonald Observatory to study the stars.
Bill Wren, assistant to the observatory superintendent and the institution’s resident Dark Sky expert, made helping to curtail light pollution his forte… Read more from MySA