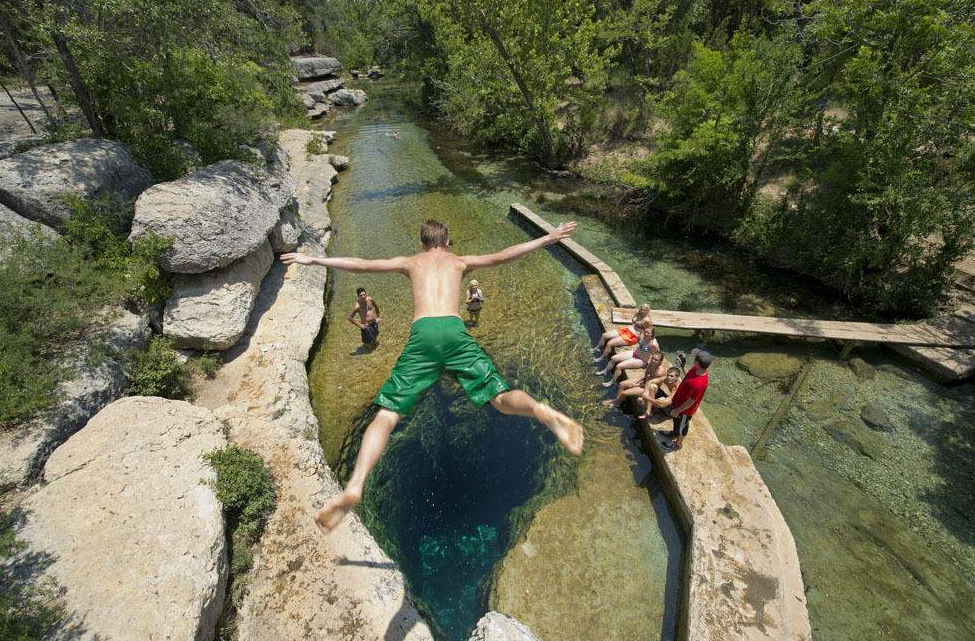 The Meadows Center for Water and the Environment at Texas State University, in collaboration with the Hays Trinity Groundwater Conservation District, has released a report evaluating a potential groundwater management zone to preserve flows to Jacob’s Well in the Wimberley Valley region.
Jacob’s Well, a karst spring originating in the Middle Trinity Aquifer, is the primary source of base flow to Cypress Creek, which flows through the towns of Woodcreek and Wimberley and into the Blanco River. Cypress Creek and Jacob’s Well provide important ecological, hydrological and economic benefits to Wimberley, Woodcreek and the surrounding areas.
“Jacob’s Well has stopped flowing several times over the last decade, which has created a sense of urgency for developing a special management zone,” Meadows Center Fellow Douglas Wierman said. “Given the unique geology in the area, compounded by the rapid development within the watershed as well as the current and projected amounts of pumping in the future, it was very clear that some protections were needed to preserve flow to Jacob’s Well and Cypress Creek.”
The report was completed by a scientific technical committee of groundwater scientists and a stakeholder advisory committee formed by the Hays Trinity Groundwater Conservation District, the agency charged with managing and protecting groundwater in Western Hays County.
Read more from Anna Huff, Communcations Manager for The Meadows Center for Water and the Environment from the Texas State Newsroom here.
Click here to view the full report.