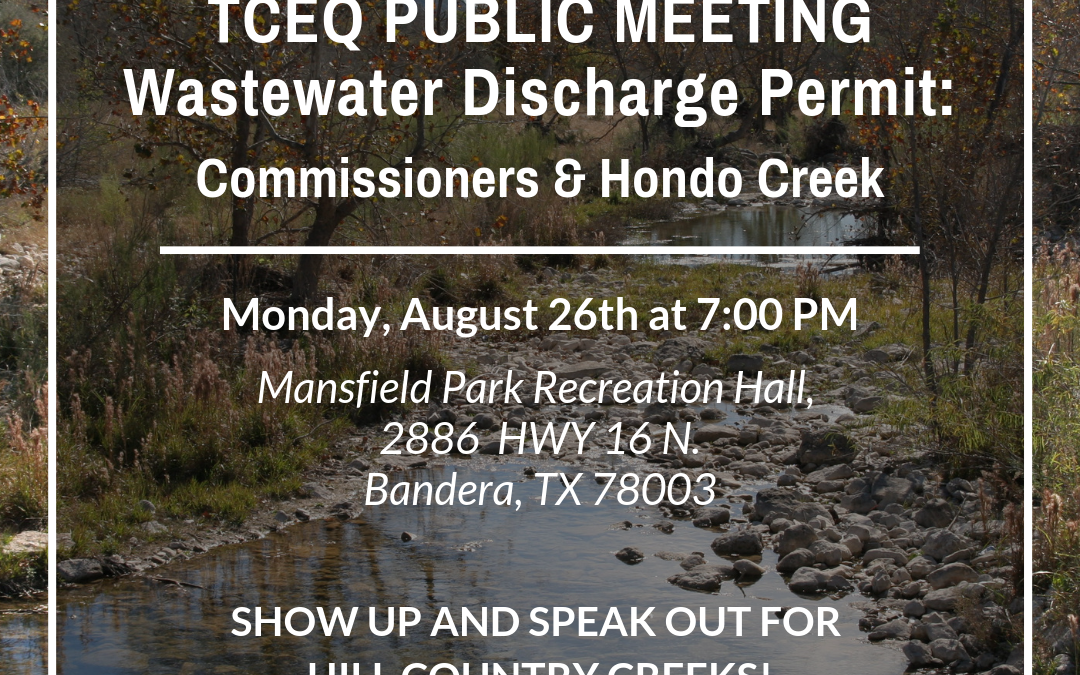 A public meeting has been scheduled for Aug. 26 in Bandera on an application for a wastewater treatment permit for a Christian youth camp planned near Tarpley that has generated enough protests from area property owners and concerned citizens to get the proposed permit changed.
Property owners and area resident concerned about Commissioners Creek and Hondo Creek near Tarpley banded together to form a group called the Friends of Hondo Canyon that opposes the proposed wastewater treatment sought by a company called RR 417 LLC.
That protest group claims the discharge as originally proposed would damage the environmental quality of the area creeks, which tests have shown currently are almost free of contaminants.
Sam Torn, the president of RR 417 and the developer of the camp, said he worked with the Texas Commission on Environmental Quality and his engineers after hearing those concerns and came up with a revision that he hoped would address critics’ concerns and still allow his team to develop a wastewater system adequate for the proposed camp.
That revision modifies the original plan calling for a treatment plant capable of handling up to 49,000 gallons a day of wastewater to a hybrid plan calling for the creation of a land application system for 75 percent of the wastewater generated by the camp. That would deposit that effluent on property as a form of fertilizer rather than releasing treated wastewater into the creek.
The camp’s operators would be authorized to release 25 percent of the effluent as treated wastewater down Commissioners Creek, which feeds into Hondo Creek, under the modified permit only when rains are so heavy that the soil where the effluent normally would be deposited is so saturated it would not allow the wastewater to be absorbed.
Read more from Bill Pack with The Bandera Bulletin here.