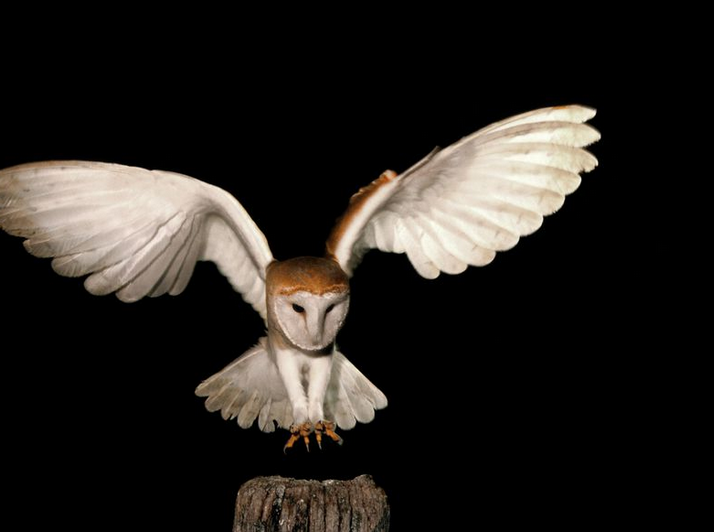 Barn owls are skilled nocturnal hunters, swooping across open landscapes to scout out small rodents that scurry below. But scientists have long been puzzled by a trait that seems like it would work against the birds during their nighttime prowls. Some barn owls boast a brilliant white plumage—an unusual feature for an animal that should, in theory, need to remain inconspicuous against the darkened sky.
The bellies of Tyto alba, as the common barn owl is formally known, can range in color from dark red to bright white. The reason for this variation in hue hasn’t been clear, but researchers behind a new study in Nature Ecology & Evolution suspected that white barn owls would be especially disadvantaged during the full moon, when light from the hovering celestial body would make them particularly visible to prey.
“As it turns out,” study authors Luis Martín San José García, Alexandre Roulin and Almut Kelber write in the Conversation, “we couldn’t have been more wrong.”
Scientists have been tracking a population of barn owls in Switzerland for more than 20 years, following their hunting behaviors with cameras and GPS trackers, while also taking note of their breeding patterns and the development of their offspring. For the new study, the researchers took this wealth of data and measured it against the lunar cycle, focusing specifically on changes in the moon’s brightness. They found that the reddest barn owls seemed to have a harder time hunting on moonlit nights; the birds brought less food back to their nests, which in turn impacted their reproductive success.

Read more from Brigit Katz with the Smithsonian Magazine here.